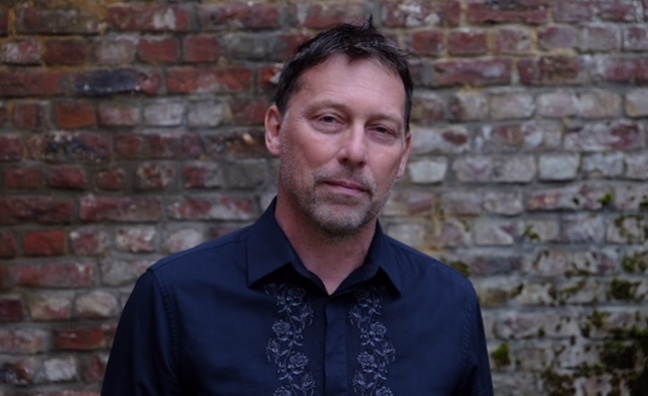 In a surprise move, the indie giant and major will now collaborate around the world. It follows Sony Music’s acquisition of AWAL and puts renewed focus on the remaining options for artists who want true independence in the music ecosystem.

Under this new initiative, UMG will have access to PIAS’s international distribution network and expertise in providing services to the independent music community through its recently rebranded services division Integral. In return, PIAS will be able to tap into resources and funding provided by UMG to further grow its global offering and strengthen its position as a leading independent services provider.

PIAS stressed that it remains “fully independent” and its founders Kenny Gates (pictured) and Michel Lambot will retain full control of the company. The new partnership with UMG will not affect the arrangements PIAS has in place with any of its existing partners.

UMG already has a strong role within the independent sector, including international partnerships with companies such as Because Music, Dirty Hit and Concord through Virgin Music’s services and distribution operation and Ingrooves. But the tie-up with PIAS is a significant move for the major in terms of boosting its role within the sector.

In the UK, PIAS had a 0.5% label market share last year. But it also has an additional presence as a distribution and services business, including new chart albums from AJ Tracey (Revenge Records) and Black Midi (Rough Trade), alongside classic catalogue by Arctic Monkeys (Domino) and Adele (XL).

At UMG, we understand that a vibrant independent sector is essential to a thriving music ecosystem

PIAS has enjoyed a number of successes this year with artists signed to its fast-growing Label Group, those from its Label Partnerships and across its Integral distributed repertoire. Integral Distribution and Label Services provides support to its own, in-house labels and over 100 independent label partners around the world, including ATO, Beggars Group, Bella Union, Chrysalis, Domino, Epitaph, LSO, Mute, Ninja Tune, Partisan, Secretly Group, Transgressive and Warp.

The company currently has offices in all major territories around the world and over 250 employees.

Kenny Gates, co-founder and CEO of PIAS, said: “Almost 40 years since Michel Lambot and I launched PIAS, we are as eager and driven as we ever were and remain wholly committed to providing independent labels and artists with a platform to reach a global audience. This new, somewhat unconventional, strategic agreement with UMG will help both companies maximise the many opportunities we know are available, while not compromising our independence whatsoever.”

Michel Lambot, co-founder of PIAS, said: “I’m so pleased that we’ve been able to find an agreement with UMG based on trust and mutual appreciation. As a major and an independent, we are both leading music companies that exist to empower artists and labels. This partnership of two companies with music at the heart of their business allows us to grow in an increasingly global and competitive marketplace and to provide a world-class service to independent Artists and Labels with integrity and care.”

Sir Lucian Grainge, chairman & CEO, Universal Music Group, said: “At UMG, we understand that a vibrant independent sector is essential to a thriving music ecosystem. After all, we are a company built by – and for – entrepreneurs and today serve as an accelerator for so many independent creative voices, which is why we are delighted to provide PIAS the support and resources to bolster their company as a fiercely independent force in music.

“I have known Kenny and Michel for more than 30 years and have deep respect for their passion for music as well their openness and authenticity. As pioneers of the label services model, they have created enormous opportunities for independent artists and labels and established PIAS as a beacon of excellence in the independent community.”