Polydor's Ali Tant on Inhaler's No.1 campaign: 'A great album with real depth' 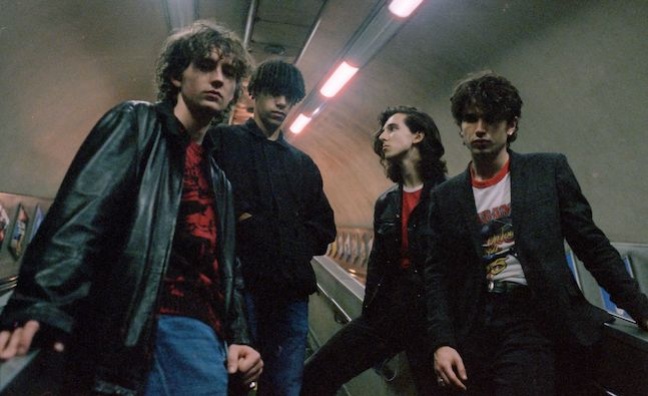 Inhaler have landed a No.1 with their debut album, It Won’t Always Be Like This.

The Irish band’s LP opened with 17,728 sales (including 673 from streams), according to the Official Charts Company.

“A few of us have always had confidence that this band could have a No.1 album in the UK and indeed in their native Ireland,” Ali Tant, head of marketing, Polydor, told Music Week.

That goal became a reality as the chart week progressed and Inhaler held on at the summit ahead of fellow Polydor act Olivia Rodrigo. The album is also performing well in European markets such as the Netherlands, Germany and, of course, Ireland where it’s also No.1.

How have Inhaler established themselves globally over the last few years?

“Since releasing their first music in late 2018 and early 2019, the band have found support from key partners who helped their audience to grow. But beyond that it’s been touring. They played their first UK tour with Touts in the spring of 2019 and followed up supporting Blossoms and Fuzzy Sun, as well as shows with Courteeners and Noel Gallagher’s High Flying Birds.

“The fan growth that was building in mainland Europe saw them play a packed out tent at Pukkelpop that summer. They also toured around the Netherlands and Germany before heading to the US to support Blossoms again in late 2019 before playing their first Mexican festival show. Ahead of the pandemic they played sold-out tours in mainland Europe, Japan and UK, including a sold-out show at Heaven in February 2020. And the band’s placement on the BBC Sound poll was testament to the hard work they’d put in.”

How have they developed as a band to reach this point?

“In simple terms, playing relentlessly live just made the band better. They have always put the graft in. The relentless touring really honed down on what songs they took to the studio as they started working on the album with Ant Genn.”

Debut album campaigns were affected by the pandemic, how did you adjust things for Inhaler?

“We had to take our time. The original plan was to get the album out in 2020, subject to the band having time in the midst of what was becoming a huge touring schedule. Ultimately the pandemic, whilst incredibly challenging for the band, benefited the album greatly. A number of songs on the album would never have existed or been on the album. It’s a great album with real depth.”

The single is timely given the easing of restrictions - how are you marketing that? How is radio support for the track?

“Whilst the title of the single feels incredibly apt for the time we’re in it was one of the first songs the band wrote back in the middle part of the last decade. The title felt natural for the album. Marketing-wise we kept it simple - murals and billboards with simply those words went up and travelled far and wide as a motto of positivity. It was a song we all loved and the band re-recorded it with their producer Ant. The fact we now sit on playlists across Radio 1, Absolute, Radio X and Virgin shows how strong the single is.”

They have 1.1m Spotify listeners - how have you achieved that and how do you plan to build on it?

“Support across all the main partners has been pretty incredible. From an early point key editors globally at Spotify supported the band across their releases. You look at a track like My Honest Face which came out in May 2019 and now sits on nearly 12 million streams, whilst the final track on the album In My Sleep was positioned as No. 1 on Spotify’s biggest global rock playlist Rock This with the band on the cover helping the track stream over 300,000 within the opening week.

“Apple, too, have been an incredible partner for us, placing It Won’t Always Be Like This in Today’s Hits and really helping build our fanbase there.”

How are ticket sales and how will the tour add momentum to the campaign?

“The sales have been great, the UK tour in October will be a complete sell out. The Irish tour is sold out, including four nights at Dublin Academy in December. The band can’t wait to get back to the US - ahead of the pandemic they had a whole sold-out tour that had to be cancelled. They have just announced a run of shows in the US in September that sold out in minutes and they’ll be returning there again in March 2022.”