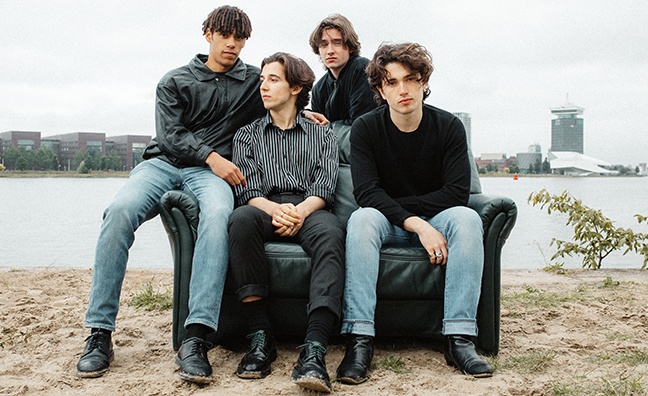 Breaking Polydor act Inhaler were among the winners of the Music Moves Europe Talent Awards 2021. The group are readying their debut album and starred in Music Week’s New Music edition in January 2020.

The winners were for the third edition of the awards were chosen by a panel comprising Wilbert Mutsaers, Julia Gudzent, Katia Giampaolo, Huw Stephens and honorary jury member Naaz, who was last year’s winner.

Each act receives €10,000 and a support package from the award’s partners, which include ESNS, Reeperbahn, IMPALA and the IMFF. The Public Choice winner receives an additional €5,000 and an invitation to record a session at Deezer’s Paris studio.

Robert Meijerink, head of programme of ESNS, said: “We are truly overwhelmed by the positive feedback, with many saying a new standard has been set, which is amazing and the digital edition has exceeded our wildest expectations. The ESNS platform is focused on new emerging acts from Europe and to bring together music professionals from all corners of the world to discuss the current and future of the music sector and its industry. Thanks to NPO 3FM and members of EBU, ESNS was able to reach an even bigger audience in Europe and beyond. We really hope we can organise a physical edition in 2022 and be together once again, but we will also expand our online ventures next year.”