Polydor's No.1 run continues with posthumous chart-topper for Juice Wrld 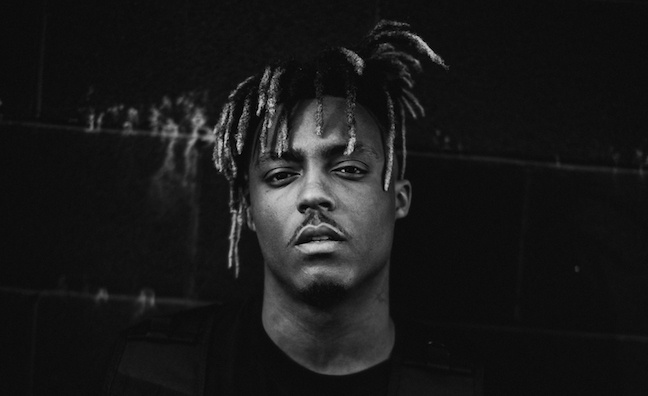 Juice Wrld’s posthumous No.1 with Legends Never Die is the third chart-topping album for Polydor in as many weeks.

Paul Weller’s On Sunset and Haim’s Women In Music Pt. III also reached No.1 this month. Haim are signed in the UK, while Weller recently returned to Polydor, his former label home during The Jam and Style Council years.

Polydor has so far scored seven chart-topping albums this year, more than any other label. The company currently has six albums and seven singles in the Top 20. In the latest issue of Music Week, we speak to the label team who masterminded Polydor's chart success.

As well as Juice Wrld, the label’s No.1 albums in 2020 are: Eminem’s Music To Be Murdered By, Calm by 5 Seconds Of Summer, Notes On A Conditional Form by The 1975, Lady Gaga’s Chromatica, Haim’s Women In Music Pt. III and Paul Weller’s On Sunset.

In comparison, EMI has landed five No.1s (albums by Lewis Capaldi, Blossoms, Justin Bieber, Paul Heaton & Jacquie Abbott and Niall Horan). Warner Records is on three chart-toppers (by Dua Lipa, Green Day and Liam Gallagher), while Island has scored a pair of No.1s (from Drake and The Weeknd).

Polydor has achieved a virtual clean sweep in the latest weekly market shares, with No.1 placings on AES Albums and AES Artist Albums for the total market, as well as the Top 75 Chart Shares for Singles, Singles Streams, Artist Albums and All Albums.

Juice Wrld’s album opened at No.1 with sales of 22,437, according to the Official Charts Company. OCC rules mean only three tracks by an artist are permitted to appear in the singles chart, although almost all of the 21 songs on Legends Never Die would have registered on the rundown based on streams. The highest placing on the singles chart for Juice Wrld is Come & Go, a collaboration with Marshmello which lands at No.9 with 27,390 sales.

Polydor has also had singles chart success this year with DaBaby, 220 Kid & Gracey and Billie Eilish, whose No.1 No Time To Die is the fastest-selling single of 2020 so far and has the biggest weekly total (90,488).

Polydor will be aiming for further chart success this week with the new album from Ellie Goulding.