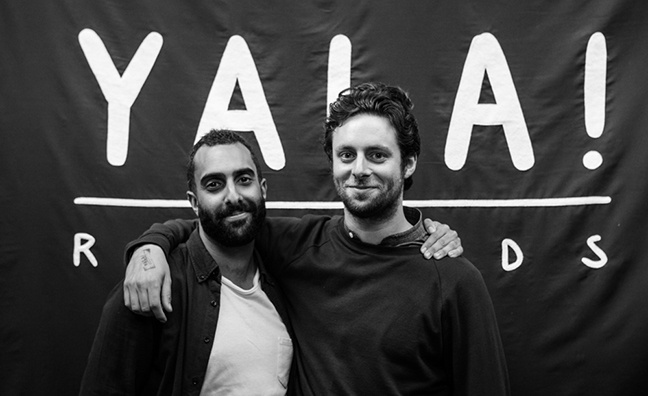 Speaking in this week’s issue of Music Week, White said: “I think through what we’ve done with Yala!, I could name ten bands that I’m genuinely a big fan of now, which I didn't know existed a year ago.” White namecheked The Magic Gang (whose Three EP was the label’s debut release), Goat Girl, Feet, Crows and Matt Maltese as some of the new artists he’s excited about.

“It’s really interesting,” he added. "The rhetoric from the top that you often hear is, Guitar music isn’t like what it used to be... But actually, when you do engage a bit, I don't think it’s any worse than when we [The Maccabees] were starting. I think there’s a lot of amazing music.”

Khokar explained that the reception from the wider industry to the pair’s new project has been universally positive. “Managers, artists, agents, promoters, media, print, radio… everyone was getting in touch saying, This is a great idea, we need something like this,” he said.

Read the full interview in this week’s issue, or click here to read it online. To find out more about Yala! go to www.yalarecords.com.