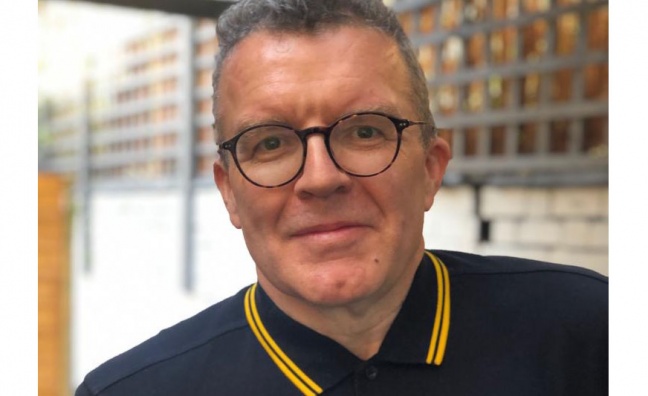 Amid claims that the music industry is divided over his appointment, new UK Music chair Tom Watson has issued his first big statement in the role.

The former Labour deputy leader recently replaced industry veteran Andy Heath at the trade body. Last week UK Music defended the recruitment of Watson, following reports that there was opposition within the industry and a lack of support from the BPI.

However, Watson has brushed off the controversy and issued a rallying cry to the industry by demanding further government support for businesses affected by Covid-19.

“We are going to need more help from the government, especially if restrictions on large gatherings such as concerts are to remain in place until the end of the year,” he said. “I would urge the government to work with us at UK Music to ensure that our music industry remains the envy of the world.”

The statement is in full below:

“Everyone involved in the music industry is all too aware of the turmoil we continue to face due to the coronavirus pandemic.

“Many of the 190,000 people who earn a living from the UK music business have lost their jobs, been furloughed or taken a massive hit in their incomes. The music industry is really hurting.

“For the millions already missing live music, their dreams of heading off to festivals and gigs this summer have been crushed as it becomes clear social distancing rules are with us for some time to come.

“The indiscriminate nature of covid-19 is reflected across the music industry. Almost everyone will have been affected by the loss of a relative, friend or co-worker by the time this battle is won.

“The spread of the virus has also had an all-pervasive spread through the music business. While streaming income has held up well, other sectors such as the self-employed who make up 72% of the industry have been hit hard.

“I started my role as chair of UK Music, the body representing the commercial music industry, just as the devastation that coronavirus would cause was becoming clear.

“As some who spent almost two decades in Parliament, including the last three years as Shadow Culture Secretary, I realise how slowly the wheels of government can turn.

“Knowing that, the government package of support to combat coronavirus has been extremely welcome. However, too many people in our industry are still falling through the gaps.

“Many in the music business are directors of their own small firms. But they are disqualified from the self-employed scheme and cannot furlough themselves as this would stop their firms from operating.

“Hundreds of UK venues face an existential crisis. According to the Music Venue Trust, more than 550 grassroots venues are under immediate threat of closure with the loss of over 5,000 jobs, 100,000 gigs and more than a million temporary employment opportunities.

“The lockdown will mean an inevitable decline in public performance revenues and hit everyone from artists and songwriters to publishers and labels.

“Managers are suffering as they are among the groups who often fall through the net offered by support schemes and available hardship funds.

“Studios are hurting too. The Music Producers Guild found producers and sound engineers have lost an average 70% of their income.

“It is a similar story from the Musicians’ Union which estimates its members have lost a combined £20 million and rising.  Sadly, the list goes on.

“But we have to turn the tide. Music is a critical part of our culture and so important to our lives. We cannot allow it to be consumed by this virus.

“So, it has been incredibly heartening to see the British music industry pulling together to do what it can to help.

“When it comes to lifting the spirits of others, artists have been doing their best with impromptu live-streamed gigs from their living rooms and volunteering to help our health and social care workers.

“The music industry is also working to help our own. There is an array of hardship funds which were swiftly set up to help those in the greatest need by distributing millions of pounds.

“Among those involved are UK Music members including PRS for Music, PPL, the Musicians’ Union, AIM, the BPI and the PRS Foundation – as well as charities like Help Musicians and the Music Venue Trust.

“They are doing fantastic work and can be hugely proud of their contribution to the fight against coronavirus and their help to revive the music industry which makes a contribution of £5.2 billion a year to our economy.

“However, the challenges that face us in the months ahead are immense. It is becoming clear that the Government intends to keep the rules on social distancing for a while yet.

“That means it is likely to be some time before live music - the lifeblood that courses through the veins of our industry - will be back on its feet and once again delivering its £1.1 billion contribution to the UK economy.

“The same is true of our many brilliant record stores that have suffered a hammer blow while forced to keep their doors shut.

“The fight against coronavirus has been likened to a war and I believe - just as there was the Marshall Plan after the Second World War - we will need a ‘Marshall Amp Plan’ to help rebuild our industry after this crisis.

“The BPI is working tirelessly to help the retail sector and is doing all it can to ensure record stores can be safely opened as soon as possible. Even if that involves some initial restrictions such as queuing and a limit on customer numbers, that would be hugely welcome.

“Rightly, the immediate focus of everyone is on the unprecedented public health emergency facing us.

“However, it is vital we start to look forward and think about how we can best emerge from this lockdown and revive the economy and get music people back to doing what they love.

“We are going to need more help from the government, especially if restrictions on large gatherings such as concerts are to remain in place until the end of the year.

“I would urge the government to work with us at UK Music to ensure that our music industry remains the envy of the world.”