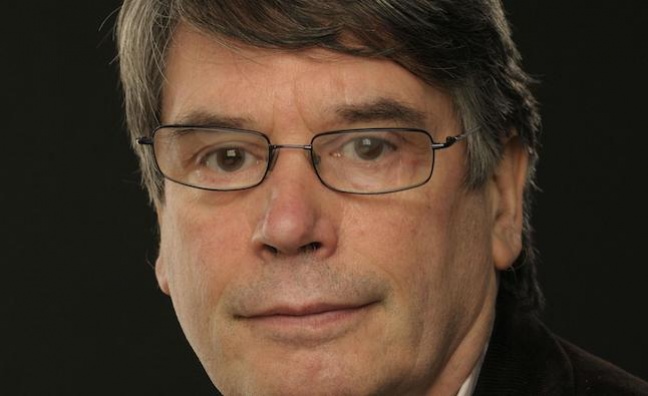 Virgin Records co-founder Nik Powell has died at the age of 69.

Powell had been receiving treatment for cancer. He died on Thursday (November 7) in Oxford surrounded by his family.

A childhood friend of Richard Branson, Powell was one of the key figures (along with Simon Draper and Tom Newman) in the first decade at Virgin Records and Virgin Music Publishing. It launched in 1973 with first signing Mike Oldfield.

Steve Lewis, former deputy MD at Virgin Records and MD at Virgin Music, told Music Week: “I met Nik in June 1969 when I applied for a job at Virgin. We remained friends for the rest of his life. Nik was then Richard Branson’s partner in their only business-mail order record retailing. Nik co-owned the Virgin label and publishing company, where he introduced discipline and accountability. But his main focus was the Virgin stores and he changed the retail record industry radically and for the better.

“Nik went on to have a stellar career as a film producer, ran the National Film and Television school from 2003 to 2017 and became vice president of the Epilepsy Society.

“Nik was smart, caring and compassionate. He will be remembered for his massive contributions to both the film and music industries and to the well-being of epilepsy sufferers.”

The Virgin business had started in 1970 by selling cut-price record imports by mail order. During a postal strike, Branson and Powell realised they needed a shop if the company was to survive.

In the 2013 Virgin documentary, Powell said: “Richard said we had to find a shop within a week, and we did. We found a shoe shop in Oxford Street, which is a fantastic location, but everybody had to go through this shoe shop up to our store. We made it really different from anything else that had existed. We had waterbeds, but people used to put their cigarettes out on them. We had headphones – in the old days you had to listen to music in a booth. We had discounts, we had bootlegs – we were the only people selling Led Zeppelin Live At Bath. We had queues on the first day down Oxford Street and a fabulously painted building. It really rescued us.”

In May 1971, Powell was questioned by police and Branson was arrested after failing to pay duty on imports to HM Customs and Excise. Virgin was passing on savings it had made to customers. In order to pay of the £6,000 fine incurred by Branson, Virgin expanded its shops to increase turnover.

Powell ran the Virgin head office with Ken Berry. The record label’s other big signing in the ’70s was the Sex Pistols, who were let go by EMI as a result of the band’s scandalous antics.

In 1977, Powell even appeared in an advert for Virgin in Melody Maker, in order to promote the retail brand’s discounts.

Sad to hear of the death of Nik Powell, leading light of Virgin in the early days, seen here in the days when execs starred in their own ads. https://t.co/myrz36vFsc pic.twitter.com/bM9jrCWC3D

As Branson said in 2014: “It’s strange to think the long-haired hippy in the ad now runs the best film school in the world, the National Film and Television School.”

On the label side, a US launch in 1978 was not a success. But in the early 1980s, Virgin had a run of hit albums with Phil Collins, The Human League and Culture Club.

Powell left the music industry to found Palace Pictures with Stephen Woolley in 1982. He was the producer of Neil Jordan films including The Company Of Wolves (1984), Mona Lisa (1986) and The Crying Game (1992).

He was director of the National Film And Television School from 2003 to 2017.

NFTS Director Jon Wardle said: “I spent five incredibly happy years working with Nik as his deputy. He was a good friend and I will miss him hugely. He told me recently how his work to support and develop NFTS students to reach their full potential was probably the professional achievement he was most proud of. The culmination of his work at the School was recognised in 2018 when together we collected the BAFTA for Outstanding British Contribution to Cinema award. Nik leaves an unrivalled legacy and no one has done more than him to set the bar high. We will continue to strive for the future success of the School in his honour.”

Powell was previously married to Sandie Shaw. He is survived by his two children, Amie and Jack, and stepdaughter Grace.