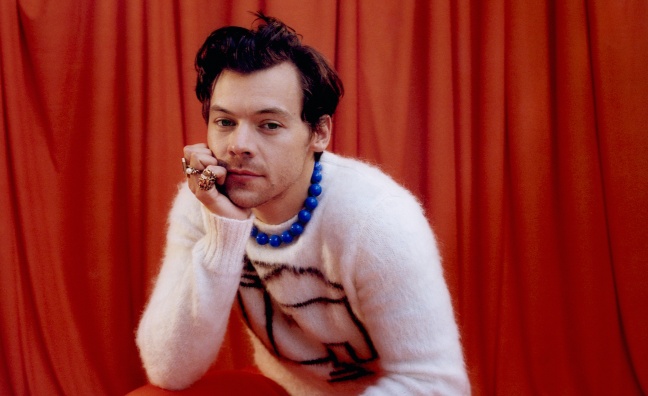 The Official Charts Company has revealed the best-selling vinyl singles and albums of 2022 so far.

Liam Gallagher sits in second place, with C’Mon You Know. The former Oasis frontman has sold just under 35,000 vinyl copies of his third solo studio LP since its release in June. Gallagher's live album Down By The River Thames – released on the same day – is No.22 on the list.

Wet Leg claim the title of 2022’s best-selling debut to date. The duo, comprising Rhian Teasdale and Hester Chambers, round off the Top 3, with their eponymous LP shifting 23,000 copies on vinyl up to Q3's end point. Fontaines DC's Skinty Fia is the year's fifth-biggest vinyl.

Other albums in the Top 10 included Muse's Will Of The People (No.4), Yard Act's The Overload (No.7) and Paolo Nutini's Last Night In The Bittersweet (No.8).

Sex Pistols officially claim the best-selling vinyl single of 2022 with God Save The Queen, which was re-released in June to commemorate the Queen's Platinum Jubilee.

Taylor Swift's The Lakes is at No.2. The track, originally included on the deluxe edition of Folklore, was released as a limited edition run for Record Store Day in April.

The Top 5 of 2022 so far also sees Harry Styles' Late Night Talking in at No.3. Suggs and Paul Weller’s  collaboration Ooh Do U Fink U R at No.4, and at No.5, Pink Floyd and Andriy Khylvnyuk's Hey, Hey! Rise Up!.

Lewis Capaldi’s Forget Me lands at No.6, while Arab Strap are at No.7 with Aphelion.