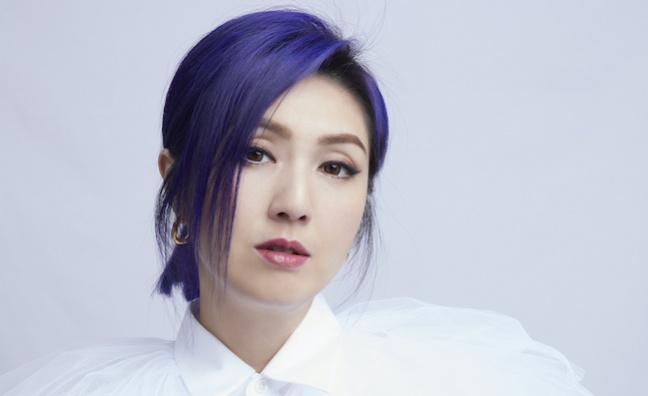 Miriam Yeung has a music career spanning nearly three decades. She is one of the region’s most recognised and accomplished recording artists, having released more than 50 albums earning her numerous artist awards throughout the years.

As well as being a successful singer, Yeung has also been active in the film and television industries. She has starred in over 40 films and 10 television drama series. Screen performances have earned her multiple accolades including best actress at many of the region’s awards ceremonies.

Warner Music China will be working with Yeung on a wide range of opportunities and will be focusing on music-related projects, including new albums, audio-visual works, live entertainment shows, concerts and merchandise.

Miriam Yeung said: “I’m super-excited for this episode in my life. I look forward to partnering with Warner Music in this new chapter of my musical journey, bringing my work to new places and even more people around Asia. I am more ready than I have ever been.”

Jonathan Serbin, co-president of Warner Music Asia, said: “We are incredibly happy that Miriam Yeung is joining the Warner Music family. What really excites us is that we will now have the opportunity to work with one of Greater China’s most celebrated artists, helping her to further solidify her position as one of the region’s most successful and popular singers.”

Sherry Tan, managing director of Warner Music China, added: “Miriam Yeung is a multi-talented artist who has achieved great successes in Greater China’s entertainment industry. She is an influential singer with a massive fan following from all generations. We are deeply committed to introducing Miriam’s music to more listeners and fans, utilising our reach as one of the world’s top music labels.”

She has toured extensively over the years and held concerts in markets including Australia, Canada, China, Hong Kong, Malaysia, New Zealand, Singapore and the United States. Her hits include Teenage Girl’s Prayer, Sister, Unfortunately I’m An Aquarius and Small City, Big Things.

Yeung is  well known for her philanthropic endeavours, where she uses her music and influence to support social causes. She was a recipient of the Ten Outstanding Young Persons” and Asian Women Leadership Awards in Hong Kong, and has been appointed as ambassadors of charities including Otic Foundation, Po Leung Kuk, Tung Wah Group of Hospitals, UNAIDS, UNICEF and  World Vision.