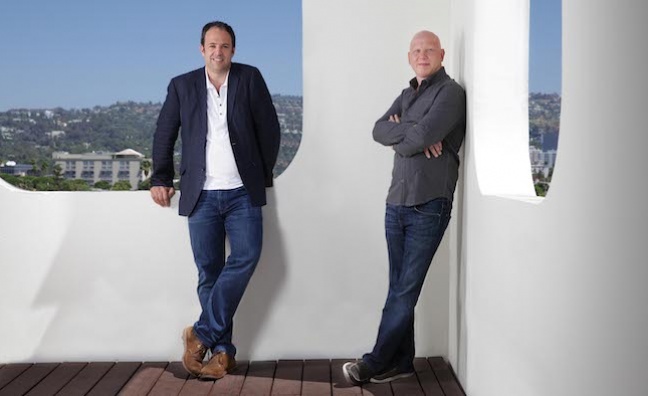 Warner Music Entertainment, the film and television division of Warner Music Group, is partnering with Lightbox, the London and Los Angeles based television and film production company.

Simon Chinn and Jonathan Chinn (pictured) said: “This deal with WMG will open up the vaults to an archive of amazing musical talent and rich history of songwriters and performers. We are thrilled to have the opportunity to bring some of Warner Music’s extraordinary artists and their stories to audiences around the world.”

Kate Shepherd, managing director, Warner Music Entertainment UK, said: “This is a really exciting partnership for us at Warner Music. We have such an incredible array of artists whose stories deserve to be told and Simon, Jonathan and the Lightbox team are experts in storytelling and film-making. Partnering Warner Music Entertainment with Lightbox will further enhance our productivity and enable us to create unrivalled content. We have a slate of projects that we’re incredibly excited about.”

Lightbox and its principals’ credits in the music space include critically acclaimed features and series for cinemas, global streamers and broadcasters. Tina (HBO and international theatrical release by Universal Content Group following a world premiere at the Berlin Film Festival) has been nominated for three Emmys, including Best Documentary Special.

Warner Music Entertainment is the TV and film division of WMG and is led by Charlie Cohen in the US and Kate Shepherd in the UK.

Since its inception in 2017, the team has produced longform series and documentaries such as American Utopia (six Emmy nominations), Crock of Gold: A Few Rounds with Shane MacGowan, Ed Sheeran: TikTok Euro 2020 Live Performance, Genius: Aretha (three Emmy nominations), Harry Chapin: When in Doubt, Do Something, Laurel Canyon: A Place in Time, Liam Gallagher: As It Was, Together We Rise: The Uncompromised Story of GRM Daily, Tom Petty Somewhere You Feel Free and Gorillaz: Reject False Icons.