"We are honoured and excited to be a part of this campaign": Music For Nations welcomes U.S. metal act Killswitch Engage 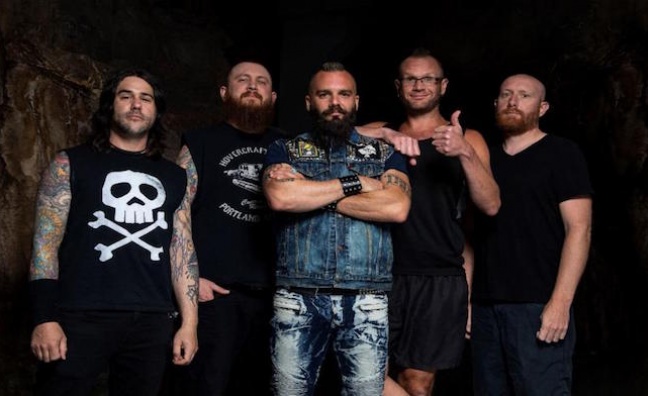 Music For Nations has confirmed it is welcoming U.S. metal act Killswitch Engage to its roster. The group will partner with Metal Blade Records in the USA and Sony Music Entertainment elsewhere, and will release their upcoming album worldwide in 2019.

Speaking about the signing, Julie Weir, label head, Music For Nations, said: "Everyone here at Music for Nations is chomping at the bit to be working with the legendary Killswitch Engage. We are honoured and excited to be a part of this campaign (and hopefully future) and looking forward to creating this heavier than heavy chapter."

Benjamin Voss, senior A&R manager, Columbia/Sony Music Germany added: "I am very happy and proud to work with such an amazing band like Killswitch Engage in the future. We are absolutely excited about releasing their new album on Sony Music outside North America."

Killswitch Engage were previously signed to Roadrunner Records. Their last album, 2016’s Incarnate has sold 17,133 copies to date according to Official Charts Company data. The band has three silver-selling albums, with 2006’s As Daylight Days being the highest on 90,503.

Speaking about joining Metal Blade/Music For Nations, Killswitch Engage vocalist Jesse Leach said: "I'm beyond stoked to sign with the legendary Metal Blade Records and Columbia/Sony Music. It's clear they truly understand and believe in what we do as a band, and we're psyched to have them on our side. It's an exciting new chapter for KSE and we can't wait to see what the future holds."

Metal Blade's CEO/founder Brian Slagel added: "I have been a huge fan and friend of Killswitch for a long time, so it is truly an honor to be able to work with them. So happy to welcome them to the Metal Blade family."

Killswitch Engage are currently on a summer European tour with Iron Maiden. In March, Music For Nations confirmed the signing of Blackpool rock act Blanket.