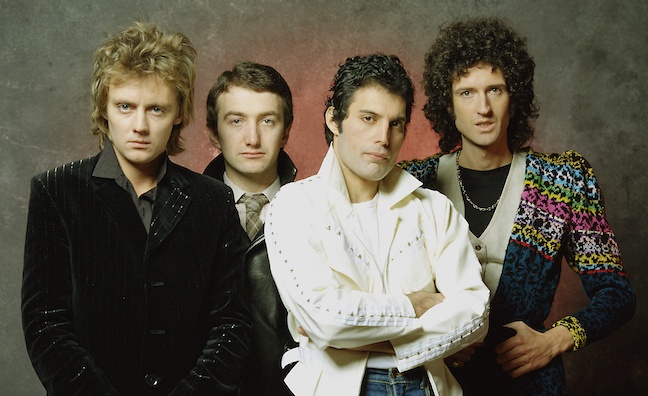 Execs from Virgin EMI, Rhino and Sony Music Commercial Group have spoken to Music Week about the growth of vinyl - a format the majors now have a grip on, according to Official Charts Company data.

A look at the year’s Top 10 biggest-selling LPs for the year to date (see below) confirms the strength of the big labels’ vinyl operations. Catalogue titles from Queen and Joy Division are joined by 2019 releases from Billie Eilish and Lewis Capaldi in a list entirely dominated by the majors.

In the latest issue of Music Week, we explore that shift in share from the indies to the majors, who now have 64.7% of the market between them. Universal Music UK vinyl sales increased by 31.2% for the first half of 2019 compared to the 2018 half year. But there are signs that growth has peaked, with a 1.1% decline in Q2.

Despite a year-on-year sales dip, Rhino remains the No.1 label for vinyl. It moved just under 200,000 units in the first half of 2019, including a strong Top 5 performance by the Joy Division reissue.

“We continue to have a strong release schedule and work hard to develop the best possible offering with vinyl being a key component for those releases,” Stuart Wheeley, Rhino UK senior marketing manager, told Music Week. “Aside from new releases, it’s also a case of working effectively with all retailers to make sure the catalogue is being represented in the best way.”

Virgin EMI moved to No.2 among record companies for vinyl this year. It’s had major success with the Queen catalogue as well as Lewis Capaldi.

“It’s a significant business and one we will only ever encourage and continue with,” said EMI MD Clive Cawley, who described vinyl as “most music lovers’ favourite format”.

“The dramatic rise in sales has been fuelled by increasing the number of titles available, along with retail stores, including supermarkets, embracing the format – that has created a solid foundation for vinyl in the coming years,” said Oli Cameron, senior product manager at Sony Music Commercial Group. “There are still a growing number of new collectors discovering the joy of vinyl for the first time and building their own collections. There is a romance to hearing classic catalogue albums on [their original] long-player format, which resonates with music fans and simply can’t be replicated.”

Despite the shift to the majors and classic catalogue titles stocked in supermarkets, the execs stressed the importance of indie retail.

“They are a crucial part of the vinyl market,” said Wheeley.

“The broad availability if catalogue through indie retail fundamentally supports vinyl and continues to provide a stable base of sales for the format,” added Cameron.

“Obviously we love an in-store and the indies accommodate those brilliantly,” he told Music Week. “I came from an indie sales rep background so there’s always a little bit of fondness in that area for me. We also try to give them and their customers extra incentive to continue purchasing physical music, whether that be signed posters or an exclusive coloured vinyl. We want them to not just exist, but to flourish.”

With growth of vinyl slowing, however, the majors are now targeting a new generation of collectors.

“We see vinyl and streaming as complementary to each other,” added Cameron. “While streaming is the definitive tool for music discovery, vinyl is now becoming the go-to choice for music fans wanting a physical collection of their favourite albums and singles.”

To read the Music Week report on vinyl and the feature on Brighton indie retailer Resident Music (winners of the Music Week Award), pick up the latest issue – or subscribers can click here.