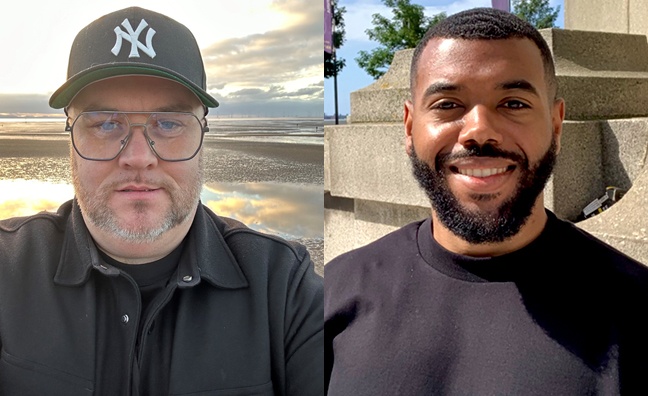 AEG Presents UK has announced the appointment of Chris Wareing to the position of senior vice president for global touring, and welcomed Paris Harding as its latest promoter. Both join the company after numerous years spent at SJM.

An official press release stated that Wareing – who in his 10 years as a promoter at SJM has worked with the likes of Stormzy, Dave, Travis Scott, and Little Simz, as well as founding the Gods Of Rap tour – joins AEG “with the view of expanding on the company’s hip-hop and rap presence globally.”

Joining Wareing in the move is Paris Harding, who as their latest promoter will also be tasked with expanding AEG’s current offering and assisting in its plans for development.

Speaking about the appointment, AEG Presents UK CEO, Steve Homer said: “Having worked alongside Chris for a number of years and admired his presence from afar, I couldn’t be more thrilled to have him join our team. He’ll be working closely with myself and my colleague Gary Gersh, [president of global touring and Talent, AEG Presents] at an international level, to drive our footprint in these important genres forward. It’s rare to come across talent at the level he and Paris exhibit and I couldn’t think of a better way to close out a stellar year.”

Chris Wareing added: “I’m excited to kick off the New Year with a new challenge booking globally with AEG. I admire the vision and work of the company and I'm looking forward to further driving their presence in the hip-hop and rap space.”

Wareing and Harding’s appointments come after AEG Presents recently announced its plans for expansion through the appointment of Lucy Noble, the opening of The Halls Wolverhampton, as well as their investment into the Comedy space.

Last week, the company made a further host of appointments which you can read about here.