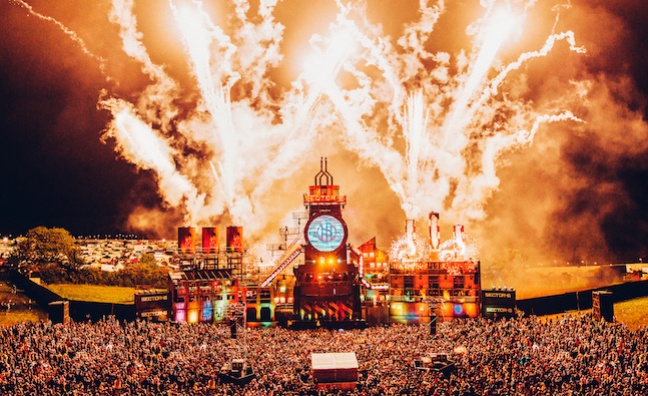 The UK’s largest independent festival, Boomtown, has been forced to cancel, citing the absence of Covid-specific government backed insurance.

While it has prepared a roadmap for the return of live, the government is facing criticism from its own MPs and industry campaigners for not saving a summer of live events. Campaigners from across the music industry argue that their proposed £250m government-backed insurance would underwrite £1.1bn of costs and unlock £9bn in economic activity.

The insurance scheme had been designed to ensure maximum exposure would be less than £250m to mitigate losses for the government, which would only be used in the event of the government’s decision to implement further Covid-related restrictions.

The 66,000-capacity festival near Winchester was expected to have a projected expenditure of £34.5m. Boomtown employs over 13,000 staff, contractors, suppliers, artists and traders at the event. In 2018 Boomtown had an economic contribution of over £25m.

Boomtown director, Anna Wade, said: “We are devastated that we will no longer be holding Boomtown this year. With less than four months to go until the event, and after almost half a year of collective campaigning to the government, sadly Covid-specific cancellation insurance simply does not exist. This means anyone putting on an event this year, will have to do so without the safety net of insurance to cover them should a decision by the government on Covid prevent them from going ahead in any capacity. For an independent event as large and complex as Boomtown, this would mean an eight-figure sum gamble, risking our future as a festival if we were to proceed and then not be able to go ahead if more restrictions were placed by the government due to Covid.”

Wade added: “We have recently been awarded a very generous grant from the Arts Council England, which we are incredibly grateful for and which throws us a vital and necessary lifeline. However, the reality is it represents only a fraction of the production costs (under 10%) involved in creating an event to the sheer scale and ambition of Boomtown and only goes so far to plugging the deficit left from not being able to run our event, now for two years in a row, and very sadly does not solve the  problem of lack of insurance. Whilst the government roadmap remains on track, the one thing preventing organisers of events and festivals committing to deposits for the vital suppliers, including freelancers and production companies, is a government-backed insurance scheme. This is not an ask for money, but a call for commitment to support and provide a safety net to organisers who want to plan and run a safe event this summer and will only be required if an event is cancelled due to Communicable Disease restrictions imposed by government.”

Tim Thornhill, director of Tysers insurance brokers, said: "We have provided a workable proposal for a government-backed insurance scheme, which will unlock money to the supply chain, taking thousands of staff off furlough backing the confident statements made by the government. Using live music and festivals as an example, the scheme that has been designed by the industry would have a liability of less than £250m if every single event were to be cancelled for a whole year. This would unleash an estimated £9.1bn of value to local and national economies, insuring £1.1bn of costs for live music events and festivals for a year."

Thornhill added: “This is the latest and largest summer cancellation so far. It’s desperately disappointing news for gig-goers, festival workers, the organisers and their employees that despite the significant compelling economic argument made to government for a number of months now, the government has not yet intervened to plug the gap in event cancellation cover. The stakes are getting higher and higher for our live music industry and so we’re repeating our call for government to back its own roadmap and back insurance for live events to go ahead. The government’s own event research pilots do not replicate the scale or size of the events facing cancellation and any learning from their review isn't due for at least another month. We can therefore expect many more events to be lost unless the government begins to heed the sector’s call for intervention.”