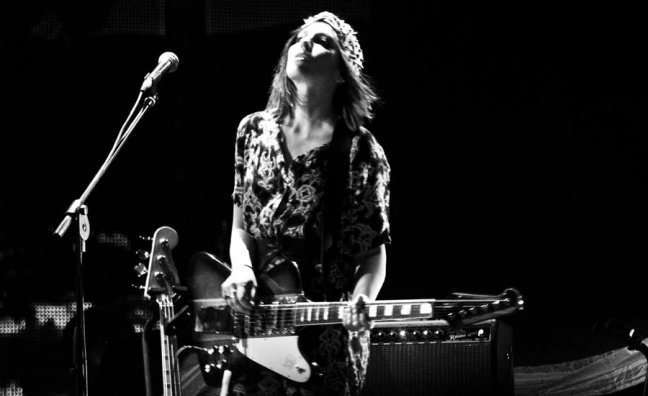 The Music Venue Trust has announced singers Charlotte Hatherley, The Anchoress and punk duo Slaves as its new patrons.

The Trust was created in 2014 to protect the live music network in the UK and help secure the future of the grassroots scene.

Hatherley (pictured) said: “I’ve been a touring musician for 20 years now both as a solo artist and as a session guitarist for a number of bands. I was 15 when I joined my first band and we played pretty much every small London rock venue.

“Many of those venues sadly no longer exist. Touring continues to be a major part of my life and I’m thrilled to have the opportunity to support the Music Venue Trust in their vital work in protecting grassroots venues.”

The Anchoress, real name Catherine Anne Davis, added: “Grassroots and Independent venues are the classrooms in which musicians learn and hone their craft as well as providing vital social spaces for audiences throughout the country. It is our duty as artists to preserve these spaces, not only to safeguard the heritage and future health of our culture as a nation, but also to continue to provide alternative social spaces in which people of all ages, backgrounds and cultures can explore and express themselves safely and freely.”

In addition, it has also been revealed that Jeremy Pritchard from Everything Everything has become a trustee. Pritchard has been a patron of the charity since its launch and said if it wasn’t for the Tunbridge Wells Forum, he might not be a professional musician now.

“The same would be said of countless other individuals who have been inspired and nurtured by similar community live music venues - Southampton Joiners, Bristol Thekla, Oxford Jericho, Manchester Night and Day, Hull Welly, Newcastle Cluny, etc," he said.

“The UK music industry needs to do more to support its live grassroots, and government needs to recognise that the health and future prosperity of this important British industry relies on us nurturing these seeds.”