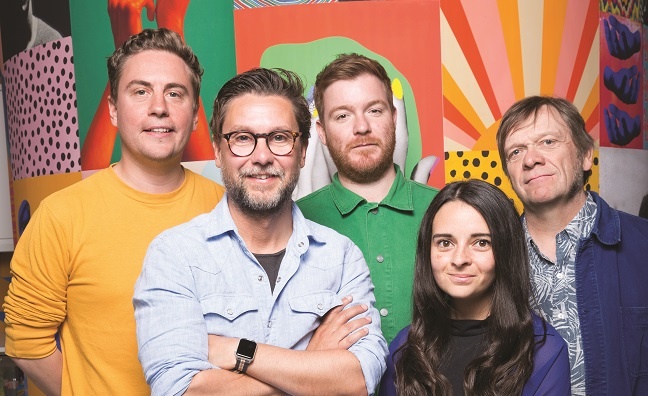 DHP Family owner George Akins has told Music Week the company "disrupted the status quo" in becoming one of the biggest promoters in the UK.

The Nottingham-headquartered firm, which graces the cover of this week's issue, was invited to programme Club NME nights in 2004 and began promoting nationally four years later. Now firmly established around the country, it runs festivals such as Splendour and Dot To Dot, and co-promotes Ed Sheeran's UK tours with Kilimanjaro Live.

“We disrupted that status quo,” said Akins, who became DHP MD in 1994. “We had a track record with bands we’d been working with for years in Nottingham, and then started taking over their national touring. We were a credible alternative that could pay the bills.

"Our growth in the concert business has come off the back of what we do in grassroots venues – when we realised we could work through all the way up to arena level.”

We are the credible, leading alternative to American globalisation

Akins suggested DHP – the reigning Music Week Awards Live Promoter Of The Year (and 2020 nominees) – was seen as a "clear, favourable alternative" to global behemoths like Live Nation and AEG Presents.

"A certain type of artist and agent is always going to pick them over us, and another type will pick us over them," he said. "We are the credible, leading alternative to American globalisation.”

The company is also well known for its small venue portfolio, which includes Nottingham's Rock City, Rescue Rooms, Stealth and Bodega, Thekla in Bristol and Oslo and The Garage in London. It is due to open a new Birmingham venue later this year.

However, last summer, it closed down its Soho site, The Borderline, citing rising rents, rising business rates and ongoing redevelopment plans for the area.

"It was sad," said Akins. "But we’re committed to grassroots venues and we’ve just spent a million quid on replacing the hull of Thekla.”

And Akins stressed that the general lay of the land for the small venue network is as positive as it has been in some time.

“There is definitely a sea change in attitude from some authorities, where they value live music as an important part of their planning process," he said. "We’ve felt that from Islington [Council] with The Garage, but you don’t have that same support everywhere. We’ve had nightmares with local authorities granting planning permission for student flats, five feet from venues, and building them with wafer thin walls, and then saying they’ve delivered a planning condition to deal with live music.

"Agent Of Change has helped, but things are still happening that will be dangerous for the late night economy. City centres are vibrant places and if you keep putting flats in them and not soundproofing them enough, you’re going to have problems.”