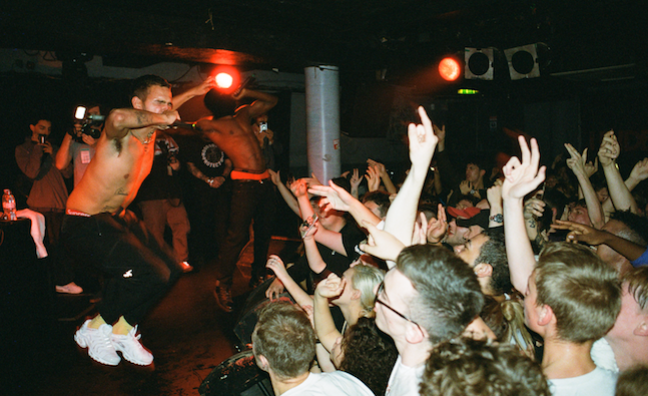 “I love working on Slowthai and watching him grow as an artist, from his first show at The Underworld last year, to selling out Brixton Academy in just an hour. We’ve paid particular attention to Europe and regional shows in the UK to avoid him becoming a London-centric artist. His debut album Nothing Great About Britain tackles poignant issues such as Brexit, class hostility and poverty. Therefore we decided to make all tickets £5 across his whole UK tour, making it accessible to everyone.”

“Dua Lipa’s debut album campaign was hugely successful. We started small and rolled from one sold-out show to the next. Dua had four sold-out tours under her belt by the time New Rules became a global hit.”

“When we were re-developing Craig David’s touring career in 2016, we thought about how to engage both younger and older audiences. We strategically planned appearances at major festivals such as Glastonbury and Wireless with his TS5 brand, which we did in order to engage with the younger audiences who may have been previously unfamiliar with his music. By the time we announced the arena tour, his fanbase had expanded to include audiences of all ages. It was a huge success.”

“Rhye is an interesting one: because they are fairly expensive to tour, we weren’t able to do as many shows as we wanted to around the release of the first album and the campaign didn’t seem to have the impact we all hoped for. The manager and I really believed in them though – especially in the magical live show – and I pushed hard to get them on the right festivals even a year or two after the album release. It worked. When we came to plan the second album campaign, we noticed that the streaming numbers had continued to grow, even though there had been no new music for four years. As we’d done almost no headline touring, it was still tricky to gauge demand for the album tour, but we held second nights and venue upgrades, and ended up using most of them. We got them out to a huge number of different territories and even sold 2,000 tickets in Vilnius! They are an encouraging reminder that great music will find its audience eventually.”

“I signed Snarky Puppy six years ago after seeing a sold out XOYO show and this November they’ll do 60,000 tickets across their European tour. They are self-released with independent management. It was an exercise in building from the ground up step by step, never doing a room too big for them, making strategic decisions along the way and being sensitive about ticket pricing and fees.”