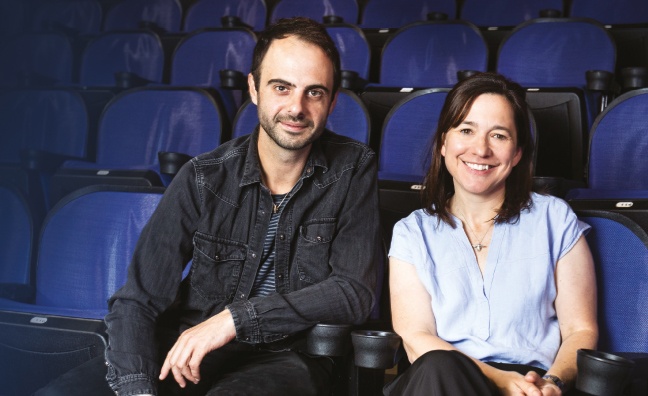 The O2 is celebrating its 15th anniversary this summer.

It’s now the most popular music venue in the world, having played host to superstars from Prince, Led Zeppelin and The Rolling Stones to Beyoncé, Dua Lipa and Billie Eilish. Each year, it stages over 400 events and is visited by an average of nine million people. By 2019, it had sold more than 25 million tickets.

So to mark the 15th birthday, in the latest issue of Music Week we look back on the AEG venue’s triumphs and talk to execs about how it plans to stay on top.

Emma Bownes, vice president of venue programming (Europe), and Christian D’Acuña, senior programming director (UK), shared their vision for the arena and entertainment complex. It follows the Music Week Awards win with AXS for their paperless ticketing initiative during the pandemic.

The O2 plays host to the BRITs, Country To Country Festival, Pete Tong’s Ibiza Classics and Capital FM’s annual festive extravaganza the Jingle Bell Ball. The team are keen to build more of their own events, pointing to previous “campus-wide takeovers” focusing on Bollywood and Afrobeats.

Following previous shows by acts such as BTS, K-pop is now being fully embraced by The O2 with a takeover next year. The KPop.Flex festival is coming to London in September 2023. The launch event in Frankfurt sold 65,000 tickets, and while The O2 leg is yet to go on sale and the line-up is still to be announced, Bownes is confident that it will be a landmark show.

“It’s a massive line-up that hasn’t been done here yet,” she told Music Week. “It will be huge. That’s just one example of where we’ve gone out and brought something in.”

We try to think about under-represented genres, and maintain variety and diversity throughout our bookings

Bownes and D’Acuña have built strong relationships with promoters.

“People get in touch about availability,” said Emma Bownes. “And, from the first point of contact, we’re always very straight and try to be as useful to them as possible. We ask for the period within which the artist is touring and then we make it clear which dates are free or are most likely to free up. We’ve usually got multiple pencils against every date. It’s no one’s best use of time if we let them route a tour around dates that they’re not going to get further down the line. We always try and nudge people towards dates that they will get.”

The venue has a history of supporting breakthrough talent and genres, including grime and Afrobeats. Acts who perhaps haven’t played an arena before can be routed to more popular days of the week.

“Obviously if you have a Saturday, that’s more likely to sell tickets than a Monday,” explained Bownes. “We try to think in the same way for genres that we feel are under-represented too. Again, it’s about maintaining variety and diversity throughout our bookings.” 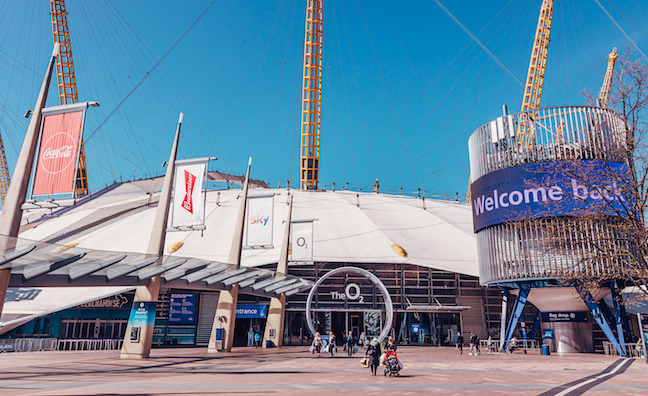 The O2’s strength in marketing the shows has also paid off for artists.

“I was talking to a promoter recently who said he loved working with us,” said Christian D’Acuña. “When I asked why, he said it was the marketing. We get a lot of fans coming through here each year and we’ve built up a massive database. We can utilise that and help the promoter and the artist sell tickets.”

Another avenue for ticket sales comes via its partnership with The O2 network. Tickets are always offered to O2 customers before going on wider sale. For the right artist, D’Acuña says, that can be “a massive head start”.

Bownes points out that presales for O2 customers had a huge impact on the sales for November/December’s four-night N-Dubz run.

“N-Dubz sold out, which is brilliant,” said Bownes, before issuing a warning. “But we’ve seen a lot of shows where ticket sales are flatlining and the cost of living crisis is having an impact on people’s ability to buy tickets. The cost for a promoter when putting on a tour is rising too, and it’s particularly acute when that’s a tour that’s already been costed and already on sale so the ticket price can’t be altered. I feel like promoters must be struggling at the moment, and we genuinely do our best to be as helpful as we can.”

We want to be the venue that inspires other venues

That inflationary pressure in the wider economy is, of course, being experienced by the festival sector.

Despite the challenges, The O2 has a strong record when it comes to moving tickets. It has upcoming debut shows in the year ahead from international acts such as Rosalia, Swedish House Mafia and Maneskin.

“We’ve won awards for the most tickets sold,” said Bownes. “And that’s great because, in addition to having those tickets sold, that means our name is heard, so when international acts are looking at tours they think of us.”

“We want to be leading the way in every aspect – technology, fan experience, production...” added D’Acuña. “We want to be the venue that inspires other venues, whether that’s in sustainability or other areas. What we want is to stay innovative.”

Subscribers can read the full interview with The O2 execs here.

Click here for our story on the N-Dubz comeback.