Inside the UK's only major concert series of the summer 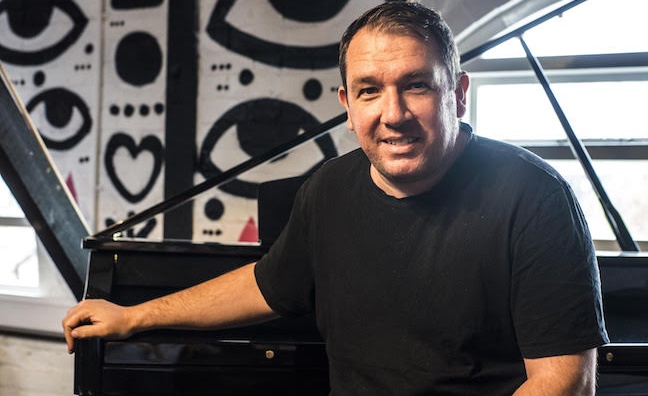 SSD Concerts boss Steve Davis has spoken to Music Week ahead of tonight's launch of the Virgin Money Unity Arena - the UK’s only major summer concert series of 2020.

The Newcastle Racecourse venue, which is billed as the country’s first socially distanced live music arena, will host 29 events in 26 days, kicking off tonight with hometown favourite Sam Fender. Acts such as Supergrass, The Libertines, Maximo Park, Van Morrison, Becky Hill, Alfie Boe and Ronan Keating are also due to perform over the next month.

The events, which form part of sponsor Virgin Money's renewed focus on music in the UK, are being staged by North East-based SSD, promoter of Newcastle's This Is Tomorrow festival, alongside production company Engine No.4. The 2,500-capacity gigs, the biggest domestic music events to take place since the Covid-19 concert shutdown in March, feature 500 viewing platforms, each accommodating up to five people.

Every part of it has been a challenge

"It was [organised] in the knowledge that something had to come before venue shows could happen," said Davis (pictured), speaking in the latest issue of Music Week. “We do loads of shows and festivals and we knew neither of them would come straight back, so we tried to come up with a hybrid that works sooner than that point.

“We’ve moved with the government guidelines as we’ve gone along and every part of it has been a challenge."

Food and drinks will be available for pre-order, while a one-way system will be in place for toilet facilities. Ticket-holders must arrive by car, bicycle or motorbike and park up in the venue’s free car park, or use a pick up and drop off point if they are using a taxi or getting a lift.

Davis, who is backing today's #WeMakeEvents day of action by the UK live events industry, said ticket sales had been “encouraging”, with a mostly local crowd expected.

"With Sam Fender and Maximo Park, the local element is strong, but there has to be something for everyone - we can't just put on 30 straight up indie gigs - so we've got good variation from Becky Hill to Van Morrison."

While the government gave the go-ahead for outdoor shows to resume with social distancing from July 11, the viability of staging gigs under those restrictions have meant summer gigs are few and far between. Live Nation pulled its entire Live From The Drive-In tour, citing “developments regarding localised lockdowns" while, last week, organisers of the 5,000-capacity Red Rooster Festival in Suffolk abandoned plans to stage the event in September.

Davis added contingency plans were in place should a rise in coronavirus cases in Newcastle result in a local lockdown.

“So far, the numbers have been less than in many other areas of the country, so we have a bit more confidence that there shouldn't be a spike,” he said. “Obviously, we've kept in touch with the authorities all the way through and we'll adapt as we go. There could well be a local lockdown. We're prepared for that and we will give refunds if that happens.

“At the minute there are about 150 people employed on the series in this industry and none of them have had any work for four months, so it's given everyone a month's worth of work, which is great. It's almost not a profit-making exercise, but more of a, ‘Let's get everyone back to work exercise’. It's been brilliant to see everyone here having a good time.

“It's like a test case and we need to move with it, but if it works we'd definitely look at doing another run for the start of next year.”

Subscribers can read more about Virgin Money's plans for the event here.