'It's down to the industry': Dice CEO Phil Hutcheon on what Google's Viagogo ban means for the biz 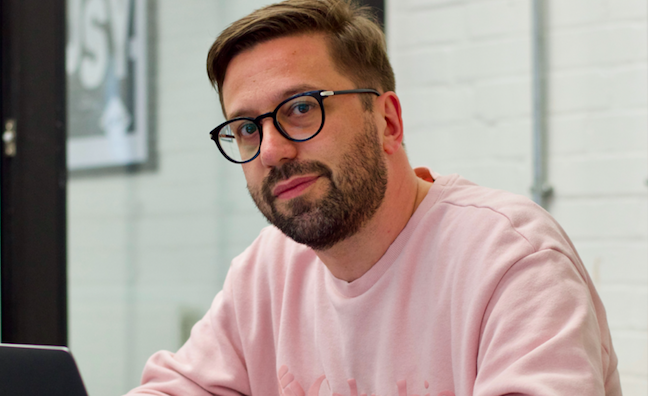 Last year, a coalition of anti-ticket abuse campaigners sent an open letter to the web giant, demanding action on Viagogo's ability to dominate ticket searches through paid advertising. The move follows increasing curbs on ticket touting and inflated prices in the industry, including the launch of the AXS Marketplace and a new Ticketmaster re-sale platform alongside Twickets, the best known face value resale platform.

"Wednesday was a good day for live music fans. Following pressure from the CMA, FanFair Alliance, UK Music, Claire Turnham MBE and many more, Google suspended Viagogo as an advertiser.

"Google relies on advertisers. Its parent company, Alphabet, generated $36.3 billion in the first quarter of 2019 – 84% of that came from Google’s ad business.

"To suspend a major advertiser is going to hit Google’s bottom line, but Google decided the reputational damage of continuing to support Viagogo was worth it.

"Before Wednesday if you’d typed in any major artist’s name plus ‘tickets’ into Google, it’s likely that right at the top of the search results would have been a very enticing ad for Viagogo. Except if the tickets were on Dice, ahem.

"Fans desperate for tickets clicked the link and before they know it are locked into a journey designed to induce anxiety (“only two tickets left!”, “23 other fans are looking at these tickets”, countdown timers and so on.)

"The issues – well chronicled in press worldwide – are that these tickets are frequently sold by touts (89% at Glasgow’s SSE Hydro venue according to The Daily Record) at massively inflated prices, and in the worst case scenario, fake tickets leave fans locked out of shows and out of pocket.

"Google’s move cuts off a major source of fans to Viagogo, now it’s down to the industry to cut off the supply of tickets.

"You can’t resell a Dice ticket. Since launching we’ve had digital tickets locked to smartphones. In 2017, we introduced refunds for sold out shows. If our support team or our community spot someone trying to sell a Dice ticket on social media, we ban them.

"The solutions are there, but it’s down to artists, promoters, managers, venues and the whole live system to insist on using ticketing systems that work and super easy for fans to use.

"While paper tickets are romantic, they are the easiest format to find their way onto Viagogo. Mobile ticketing works and fans know that."