'It was eating itself alive': How Iceland Airwaves came back from the brink 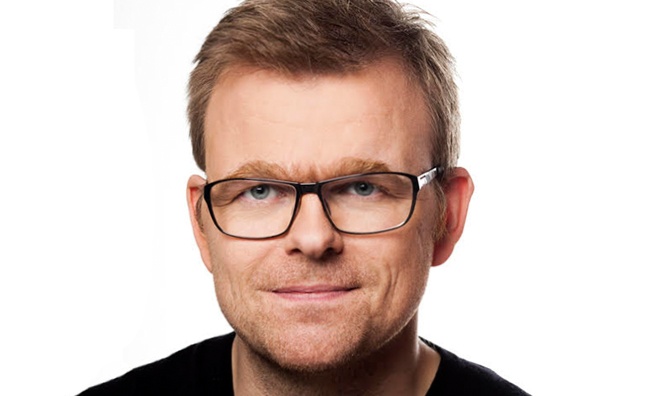 This time last year, Iceland Airwaves was edging closer and closer to going out of business. A favourite on the calendar for music types from around the world, the Reykjavík event was running out of money in a big way.

Ísleifur Þórhallsson, CEO of events company SENA, had assumed control around February 2018, and he knew he was taking on a challenge. Today, the festival returns for 2019, revamped and rejuvenated. Þórhallsson tells Music Week he and his team have taken it “back to basics” and says they’re “in the process of saving the festival”. He’s certainly got the experience: this summer, SENA’s two Ed Sheeran shows – his first in the country – attracted 10% of its population.

Booka Shade, Mac DeMarco, Whitney and Shame are among the bigger names on the line-up, which has a 50/50 gender split for the second year running. Þórhallsson says it represents the “magic” people have come to love about the festival. Valborg Ólafs, Blóðmör and Kælan Mikla are among the Icelandic acts primed to shine, while Georgia, Snapped Ankles, Just Mustard and Warmduscher will also draw big crowds.

Here, Þórhallsson tells us how he and his team brought the event back from the brink and explains why the tastemaker event that started in an aircraft hanger in 1998 remains as vital as ever.

You took over the festival in a tough spot, how was preparation for this year?
“It’s 150 bands and 200 shows across four days, it takes place across 12 official venues and then some smaller side venues. It’s a lot! We took it over last year when the festival was already on sale, but it basically went bankrupt so we had to grab it and run with it. We changed the strategy fundamentally, we went back to the heart of the festival, like it was in the beginning. It’s just in downtown Reykjavík, we’re not using any big fancy venues and we’re not chasing the biggest bands you can find. It’s showcase festival and the best place in the world to discover new music. You can see the entire Icelandic music industry, all the acts doing good things, in four days.”

What’s the Icelandic music industry like?
“It’s incredibly creative. Out of a population of 330,000 people, it’s incredible how many new bands you get every year, how many have broken through abroad. Everybody knows Bjork and Sigur Ros, but we have a constant supply of new artists doing really great things. Of Monsters And Men, Kaleo… We keep churning them out. It’s vibrant and creative, like some sort of a miracle, I would say. Everybody seems to be in at least one band, many are in many bands.”

How important is the festival to Icelandic music?
“Incredibly important. It’s the platform for Icelandic musicians to make it abroad. You get a chance to play for the entire industry. You have 300 industry delegates, 100 press people, it’s known and respected around the world so we get plenty of coverage. It really is a chance for the Icelandic acts to make an impact. If you do a good show at Airwaves it’s very likely that something will happen. For Icelandic bands, a chance to play in your home country for the world is absolutely invaluable. It’s been the platform for every Icelandic artist who’s made it abroad, Airwaves was always part of the journey.”

It’s important for the local economy too, isn’t it?
“The economic impact is much bigger than the income of the festival. Everyone realises that and we get good support from the city, Icelandair is a sponsor. Everybody looks at Airwaves as a joint venture. It’s like having a small government institution in your lap. We’re trying to take care of it and make it work financially, it’s extremely important to a lot of institutions.”

How difficult has it been to make it work?
“We went into it with open eyes and knew we’d maybe have to make some changes that wouldn’t be popular with everyone. The system where bars, restaurants or small venues do a programme over Airwaves where you don’t need a wristband was out of hand. We had to fix that, it was eating the festival alive from the inside. We had to make it smaller and simpler, there are fewer slots, it’s a bit more difficult to get onto the line-up. We had to get control of the comp situation. The whole thing has been better received that we expected. We just went out there and explained the reasons why we had to do this and people listened. People like the fact it’s been brought back to basics. The magic of Airwaves is being in the city running between all the different venues, from a dirty little bar, to a church, to the national theatre. Going into a venue where you maybe don’t know what the band is, but you can be sure they’re good and perhaps in two or three years they’ll be a hit.”

A 50/50 gender split is not difficult to reach

What does the future hold?
“The fundamental strategy is working well, so there won’t be any big changes in the next few years, we’ll fine tune what we already have. We are in the middle of saving it and it’s looking pretty good but we’re not done yet. We were honest about the fact we lost a lot of money last year, we knew we would. We lost way more than we expected, but it was a huge lesson and now we’re on the right track. We reached a 50/50 gender split on the bill last year and we have it again this year. It hasn’t been that difficult, it was not much of a struggle. I’m putting pressure on other festivals now!”