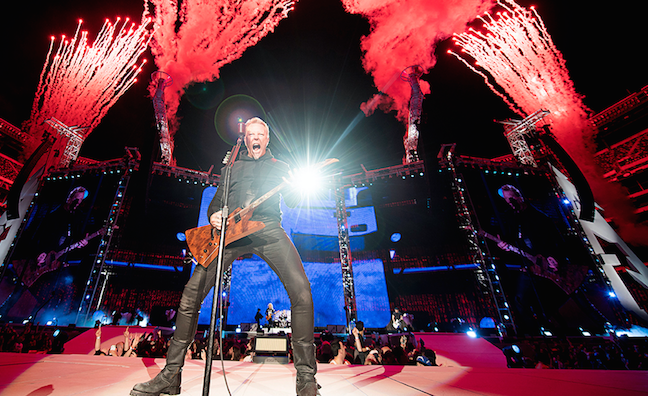 London-based K2 Agency has entered into a joint venture with The Yucaipa Companies.

Launched in 2004, K2 represents clients such as Metallica, Iron Maiden, Slayer, Alter Bridge and A Day To Remember and, in recent years, has acquired UK companies Factory Music and EGO Agency.

"I have had the pleasure of collaborating with Dennis and the team at AGI for many years," said Jackson. "Not only is there mutual respect between us, but we share a similar philosophy and work ethic when it comes to our artists, agents and staff. As such, joining forces is the perfect fit and an opportunity to flourish on the global stage. Thank you to Ron Burkle and his team.”

Chairman Dennis Arfa said: “John runs one of the best agencies in the world. We’re thrilled to be working with him and his K2 team. We share many clients including Metallica, Ghost, and Volbeat and over the years have developed a natural synergy. We are pleased that  our ownership has staunchly facilitated and supported our expansion efforts."

Plans for collaboration, expansion and diversification will be further revealed in the coming months.