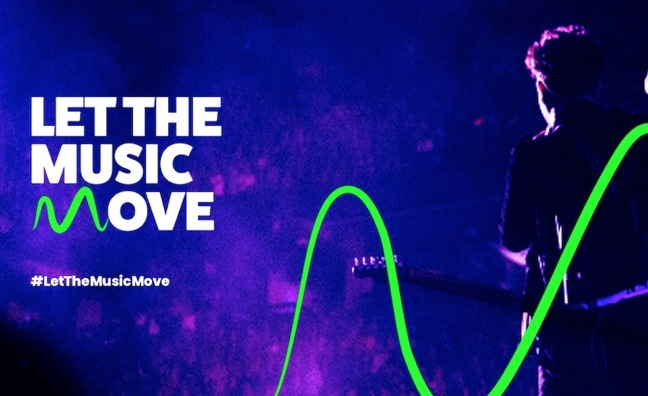 A new artist-led campaign has been launched to encourage the UK Government to work to reduce the costs and red tape facing musicians touring Europe.

#LetTheMusicMove is backed by over 200 artists including Radiohead, The Chemical Brothers, Skunk Anansie, New Order, Biffy Clyro and Annie Lennox.

Launched five years to the day of the EU referendum (June 23), musicians are urging the Government to act now to mitigate the slew of Brexit-related expenditure, restrictions and bureaucracy that has made EU touring unviable for many acts.

Currently, the UK is the second biggest exporter of music in the world, while Europe is the country's most important overseas market.

With touring artists facing a limit on stops, the introduction of goods passports, or “carnets”, on equipment and work permits following Brexit, #LetTheMusicMove is calling for the introduction of a "transitional support package" to help cover costs, measures to mitigate rules applied to British vehicles in the EU, and the establishment of a long term plan "for UK artists and crew to continue working in all EU-27 countries, without costly permits and bureaucracy."

“EU touring and the need to get the right processes in place for simple and economical access to Europe is crucial at this time more than ever," declared Skunk Anansie as they backed the campaign. "It is the lifeblood of bands and artists, not just financially, but in order to expand their fanbase and deliver their art to a wider audience. EU touring also opens up the windows of touring on a global scale with surrounding countries and continents, with the knock-on effect of the impact that bands and artists have that tour there. We need action, we need support, we need access, and we need it now!”

Blur's David Rowntree added: “Blur played our first gig outside the UK in Rotterdam in February 1991. We just jumped on a ferry with no restrictions for us or our gear. That August we were back in the Netherlands, followed by dates in Germany, France and then on into a full European tour. If we were starting out today trying to do the same, there would be a vast range of bureaucracy and costs, with different regimes in every country. We simply wouldn’t be able to afford it. The UK Government has to take this issue seriously and support touring artists. The future of British music is at stake.”

“We live in a world where music connects globally, and it is more vital than ever for British artists and musicians to tour internationally - and particularly so in the EU, our biggest overseas market," said Annabella Coldrick, CEO, Music Managers Forum. "However, five years on from the referendum vote, what once seemed a far-off iceberg of red tape, costs and bureaucracy is now looming upon us. If the Government fails to step up and deliver short-term support and a clear long-term plan, then the impact across our entire business will be catastrophic.”

“Despite sustaining thousands of UK jobs and bringing millions into the economy, the live music industry has been forgotten in the UK Government’s Brexit deal," he noted. “Touring is the lifeblood of the UK music industry – sustaining musicians both financially and turbo-charging their transition into iconic music brands. #LetTheMusicMove is calling on Government to urgently work with EU member states to fix our abandoned sector, and allow touring to take place for generations to come."

Jamie Njoku-Goodwin, chief executive of UK Music, added that with the UK Government currently signing other trade deals, agreement for live music could also be reached.

“The Government has shown with their recent trade deal with Australia that visa barriers can be eased and trade given a crucial boost where there is enough will and political determination," he observed. "It is vital that the Government now shows the same political will in its talks with EU member states to support our world-leading industry which contributes £5.8 billion to the UK economy, £2.9 billion in exports and supports around 200,000 jobs."

Summing up the artists' concerns, Featured Artists Coalition CEO David Martin said it was time for Prime Minister Boris Johnson to live up to his promises to "fix" the situation.

“The UK’s music industry is a success story. It contributes enormously to the economy and provides the country with unparalleled soft power, yet we have been dealt a no deal Brexit. Five years on from the referendum vote and six months after the deal was agreed, there has been scant progress from the Government to protect the artist businesses that fuel the industry," he argued.

“Touring is essential; it provides opportunities to build audiences, access new markets and develop careers, and it is this activity that supports our recorded music sector. It is time for the Government to fulfil the Prime Minister’s promises to 'fix' the crisis facing Britain’s artists.”

Earlier this month, Elton John warned that Brexit trade deal could lead to the UK "losing a generation of talent".