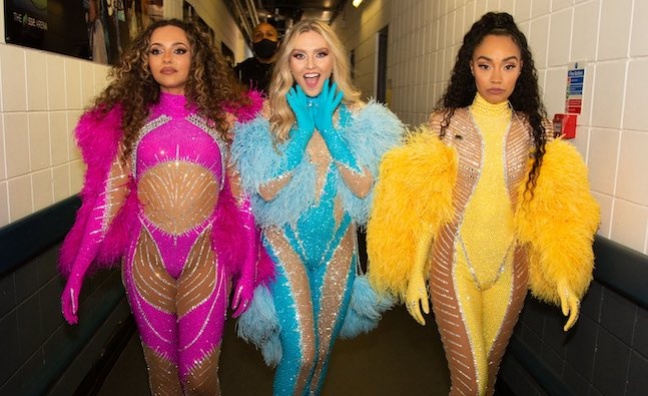 Little Mix kick off their UK arena dates this week amid expectations that it could be their final tour.

Fans who attended shows in Dublin have shared comments by group members on stage suggesting that it could be a final outing.

If that is the case, then Little Mix are going out on a high with their huge arena run promoted by SJM. Launching at Newcastle Utilita Arena on Friday (April 15), the 24-date UK tour wraps with three nights at the O2 Arena in London (May 12-14).

“It's been a fantastic 10 years and what they've achieved is extraordinary,” said their agent John Giddings, of Solo Music Agency, who admitted there were no plans beyond this Confetti Tour for the group.

Jade Thirlwall and Leigh-Anne Pinnock have both confirmed solo deals, along with former member Jesy Nelson.

Little Mix’s Between Us (RCA) collection has sales to date of 147,369 (Official Charts Company), and it is likely to get a boost from the tour. Between Us, which is pushing for a return to the Top 10 this week, is the fifth biggest album of the year for the first quarter (58,174).

Giddings said Little Mix’s ticket sales have been “fantastic” and that shows were added to the initial run, including matinee concerts in Newcastle, Birmingham and Manchester.

“It’s going to be huge,” said Giddings of the tour.

There's nothing better than walking into an arena and hearing 12,000 kids screaming their heads off

The group’s agent recalled their Wembley Arena performance as part of the X Factor Live tour 10 years ago. “It was where I signed them,” he said.

He also noted their BRITs win for British Group in 2021 - a first for women in the history of the award.

“They deserved it, they’ve worked really hard,” he said.

Giddings also suggested that Little Mix’s work rate over the decade backs up a theory he has about pop music.

“Pop acts work much, much harder than rock bands,” he told Music Week. “They have a bigger image to protect and more TV and more promo [duties].”

While he also represents seasoned rock bands such as Genesis and promotes the Isle Of Wight Festival, Giddings said he remains a fan of pop acts.

“I love pop music,” he said. “I’ve also looked after Westlife, Boyzone, the Spice Girls, and there's nothing better than walking into an arena and hearing 10,000, 12,000 kids screaming their heads off.

“You don't know how long it's going to last, but you hope it’s going to last. Many of these groups have reformed over a period of time and still sell tickets - Steps, JLS. People love the entertainment that they grew up with because they can relate to those hit singles from when they were at a certain age. And when acts get more mature, they're better at delivering [a performance].”