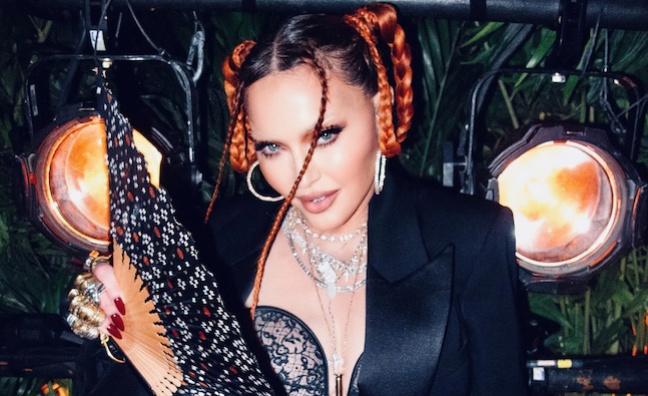 Live Nation has announced Madonna: The Celebration Tour, which will feature a set list of songs from across her career.

Madonna’s global tour will highlight her catalogue of music from the past 40 years, according to the announcement.

Produced by Live Nation, the 35-city global tour will kick off in North America on July 15 at Rogers Arena in Vancouver, with stops in Detroit, Chicago, New York, Miami, Los Angeles and more.

The tour will then head to Europe where Madonna will play 11 cities in the autumn, including London, Barcelona, Paris and Stockholm. The Celebration Tour will wrap in Amsterdam on Friday, December 1 at Ziggo Dome. So far, The O2 in London (October 14) is the only confirmed UK date, with Madonna playing Belgium one week later.

Madonna peaked at No.3 in August 2022 with remix hits collection Finally Enough Love, which has sales to date of 46,653 (Official Charts Company). It was the first release following a deal with Warner Music for her catalogue.

In a statement, Live Nation said: “The Celebration Tour will take us on Madonna’s artistic journey through four decades and pays respect to the city of New York where her career in music began.”

“I am excited to explore as many songs as possible in hopes to give my fans the show they have been waiting for,” said Madonna.

The Celebration Tour will feature special guest Bob the Drag Queen, aka Caldwell Tidicue, across all dates on the global tour.