Zeon Richards on why he swapped labels for live experience 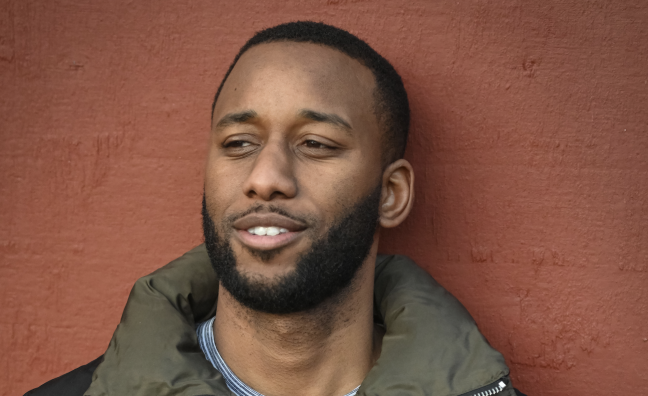 Zeon Richards has told Music Week that he feels revitalised in his new position at live experience company Pollen.

Richards was recently appointed head of hip-hop content, Europe, the announcement coming after Music Week revealed his departure from Ministry Of Sound in December.

He joined the Sony label as head of A&R in 2018, arriving from Polydor. The move to Pollen represents a step outside the major label world for an executive who’s been instrumental in developing and breaking a range of acts including Wretch 32, Stefflon Don, Steel Banglez, Ramz and more.

He manages Wretch 32 through his Renowned Group company, which will continue to run alongside the new position. Pollen was was founded in the US and offers tailored experiences across music, travel and more. The company has worked with Universal Music, Live Nation, AEG and Austin City Limits, among others.

Back in 2017, Richards told Music Week that rap and hip-hop acts stand a better chance of breaking big in the UK due to the organic nature of the scene and the sheer level of interest. Almost four years on, things have accelerated further still.

Richards intends to remain at the heart of the scene in the UK and internationally, and said he’s looking forward to helping artists and the industry in new ways. Read our Q&A in full below.

How excited are you to change things up from your label positions and get going at Pollen?

“Honestly, I feel revitalised! It was a good time to move on from the recorded side of music and pursue a passion for the music partnerships. Once I discovered Pollen, I knew that the company had a proposition that met with my inner beliefs wholeheartedly.”

What are your aims in the new role?

“I aim to facilitate bespoke experiences with incredible artists who have a community of fans. The ethos of Pollen is to be a part of seminal moments in their lives of attendees. Expect to see amazing curated events in wonderful locations.”

We are partners with the artist, which is clearly more advantageous than a conventional gig

What are you working on at the moment? You mentioned Skepta and others on Twitter...

“The great team at Pollen have already announced partnerships with Skepta, Charlie Sloth and The Streets, but we are working on more huge announcements that will be revealed soon. Artists and their agents have been very welcoming in our conversations. We are pretty much speaking to everyone.”

Why does Pollen matter to the music industry and artists?

“We matter because we provide unmatched experiences. Our platform also allows payments to be made in installations with a small deposit. From a business standpoint we are partners with the artist, which is clearly more advantageous than a conventional gig.”

What are you excited about heading into 2021?

“Yes, 2020 was very difficult for us as a business, but with the vaccine roll out it appears there is light at the end of the tunnel. The demand for music is so high that things can only get better.”