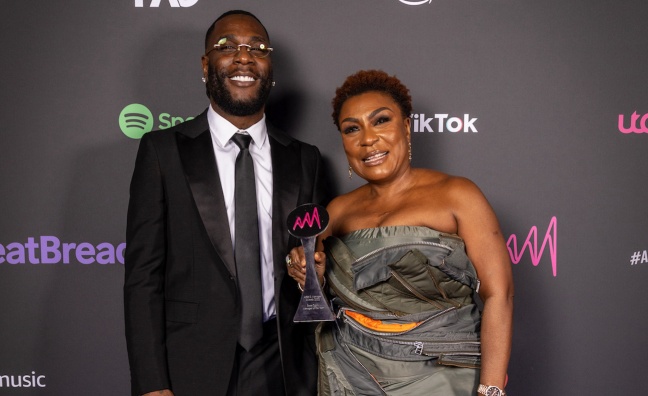 The 2022 Artist & Manager Awards in association with beatBread has been staged at London’s Bloomsbury Big Top.

Attracting almost 600 guests from across the music business, the event is organised by the Featured Artists Coalition (FAC) and Music Managers Forum (MMF) and celebrates creative and commercial successes across the artist and management community. 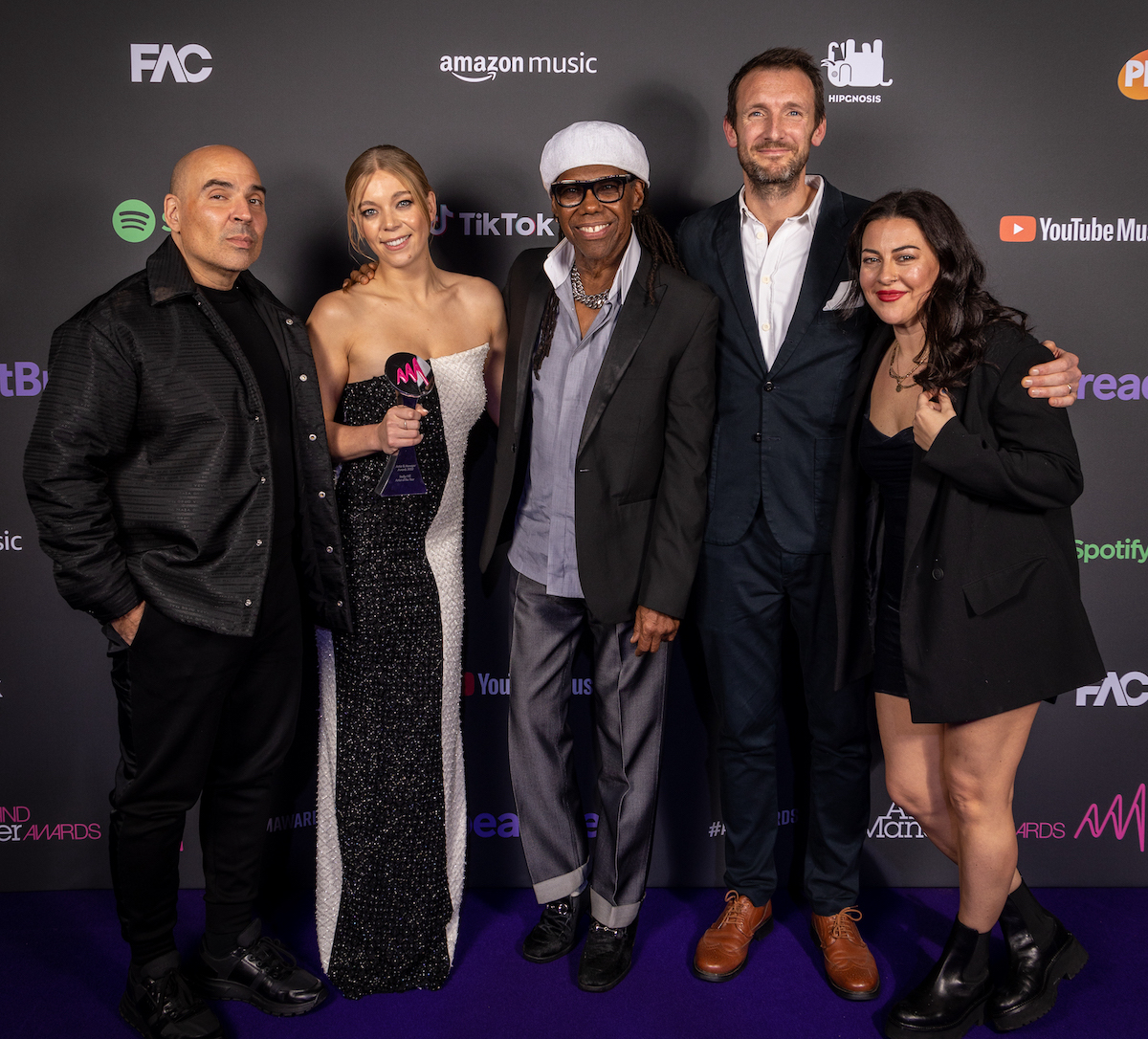 Bose Ogulu received the award for Manager of the Year from her son, the global superstar Burna Boy, and Sheniece Charway, artist relations manager at YouTube Music.

Bose Ogulu is interviewed in the latest issue of Music Week about her key role in Burna Boy’s stellar career. 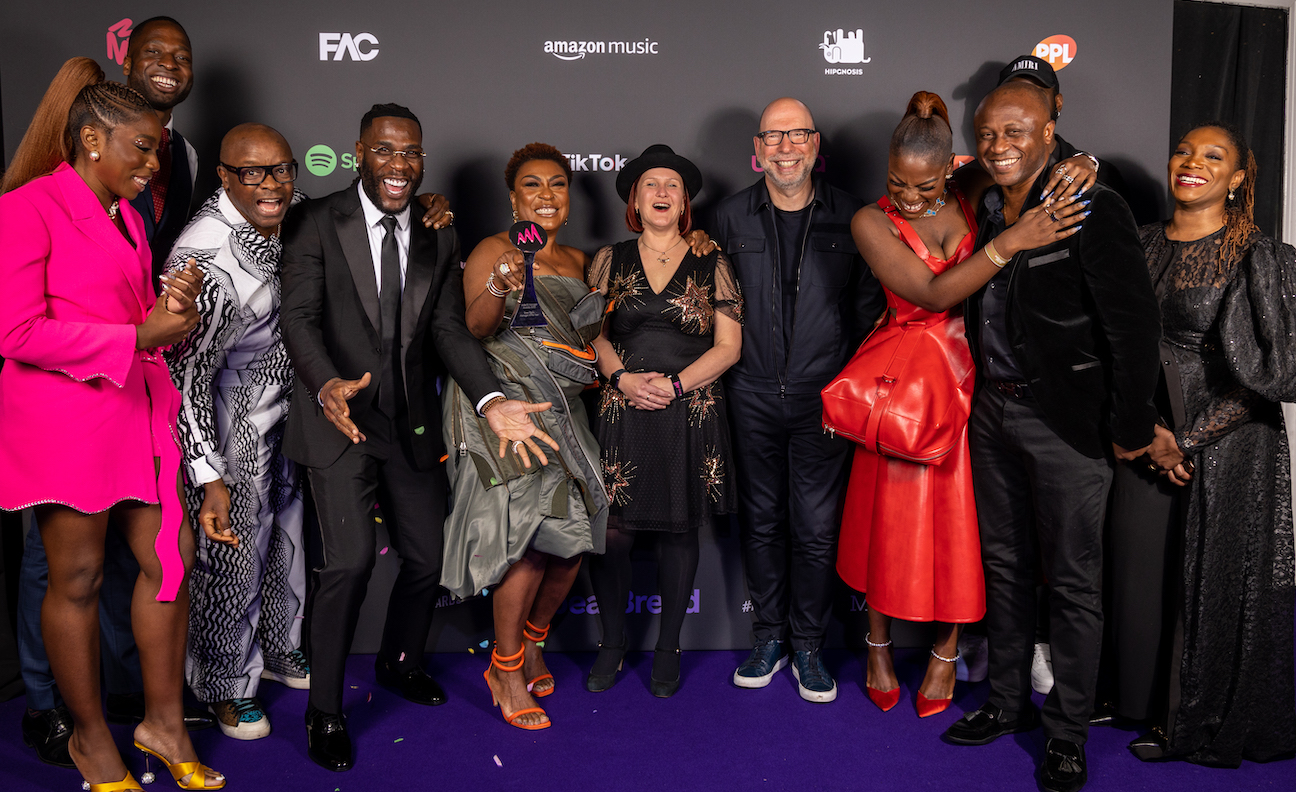 The lifetime achievement awards for Artists’ Artist and Managers’ Manager also recognised two highly respected individuals: Tim Burgess saluted for over 30 years as a songwriter and performer, and Martin Hall for his long-term successes in music management. 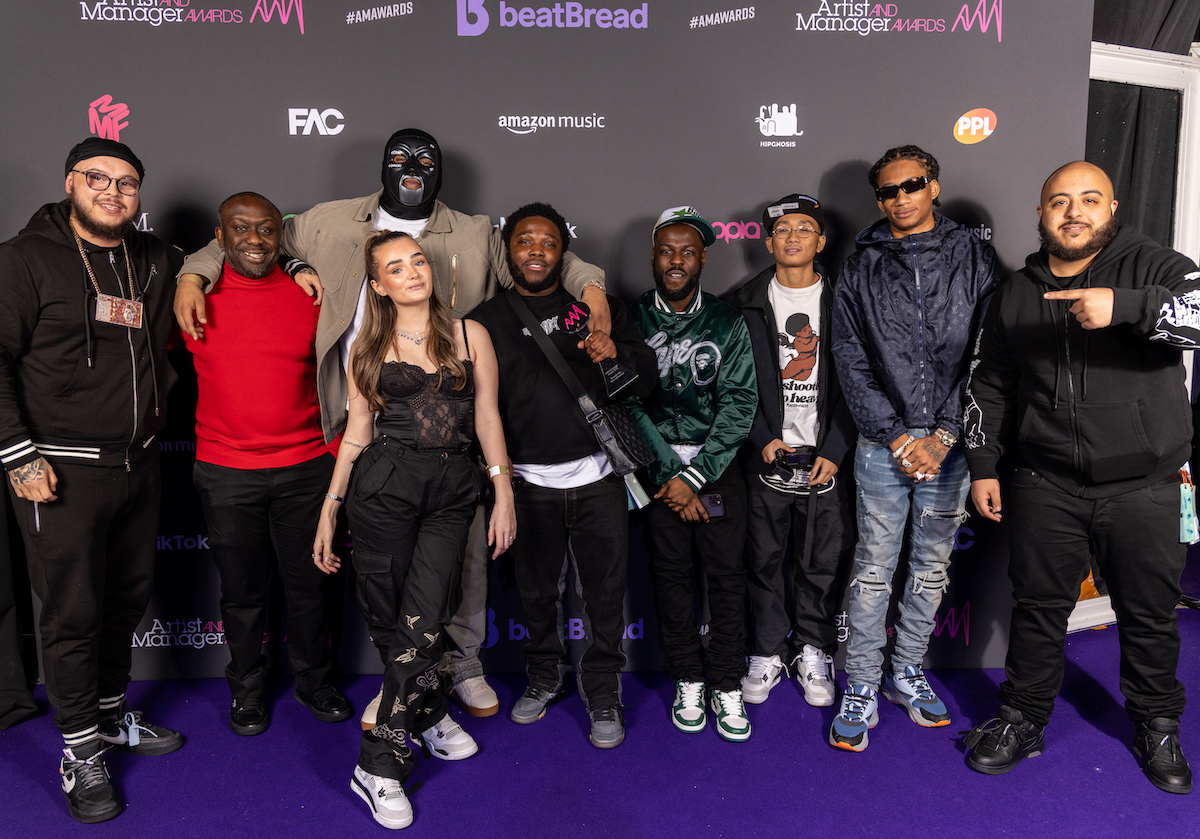 Awards for Breakthrough Artist and Breakthrough Manager were also revealed on the night, with the former going to Beabadoobee (presented by Primal Scream’s Simone Marie Butler and Spotify’s Ruth Collett, and collected by Chris Melian from management company Dirty Hit).

The Breakthrough Manager award went to Callum Reece at One House for his successes with the likes of Eliza Rose, Sherelle, Cktrl and Mwanjé. Reece’s award was presented by MMF chair and vice chair, Paul Craig and Kwame Kwaten, with Amazon Music’s Laura Lukanz and Hazel Berry.

Pete Tong and TikTok’s David Mogendorff presented Carl Cox as Pioneer. As Cox was playing a set in Australia, his manager Alon Shulman received the award.

Meanwhile, Björn Ulvaeus sent a video message to Svana Gisla, Ludvig Andersson and Baillie Walsh, the show producers and director behind ABBA Voyage. They were presented with their award for Innovation by Imogen Heap and Utopia Music’s Roberto Neri.

James Sandom and Tyler Brown at Red Light Management were presented with their award for Writer/Producer Manager by Lewis Thompson, hitmaker for the likes of David Guetta, Anne-Marie and Joel Corry.

Krept & Konan were recognised in the Entrepreneur category for their succession of commercial ventures, including the soul food restaurant Crepes & Cones and Nala’s Baby, their range of baby skin care products. Their award was accepted by manager Riki Bleau.

Music Declares Emergency were named 2022’s Industry Champions for their impactful campaigning around climate change which is driving momentum towards more environmentally sustainable practices - particularly in live touring. Presented by Sam Lee, the award was accepted by co-founder Lewis Jamieson and director of creative strategy and artist spokesperson Fay Milton.

“There’s no point pulling any punches,” said Martin. “For the majority of artists, the past few years have been pretty hard. We’ve had Brexit, a pandemic, and now a cost of living crisis. It’s been tough to make a living from music, and it remains tough.”

“Without addressing these issues, the next generation will really struggle to break through - and that will have ramifications for every promoter, record label, music publisher and tech company here tonight,” added Coldrick.

The ceremony was hosted by Doc Brown (aka Ben Bailey Smith) and there were performances from London-based pop-punk artist Girli and the rapper FelixThe1st.

The full list of winners at the 2022 Artist & Manager Awards in association with beatBread is as follows:

• BECKY HILL - Artist of the Year (Award sponsored by Hipgnosis)