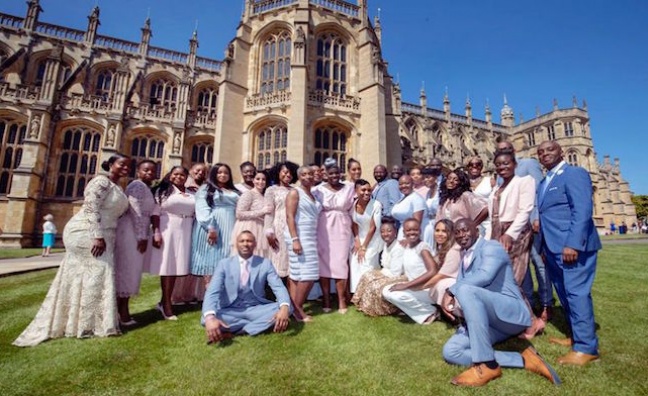 Fresh from their performance of Stand By Me at Prince Harry and Meghan’s Royal Wedding, Karen Gibson’s he Kingdom Choir have exclusively signed to Jonathan Shalit’s InterTalent Music for management.

The Kingdom Choir will be releasing their debut album globally in the 4th quarter in time for Thanksgiving where in the US they will perform on the Late Late Show with James Corden and Oprah Winfrey’s SuperSoul Sunday TV Show who were both at the Royal Wedding and Good Morning America on ABC.

A press release from InterTalent Music states that a record deal will announced shortly, saying they were courting three substantial offers.

Shalit also recently worked on the Classic BRITs as co-chair.