'We've never had this': Riki Bleau on a new era for UK rap 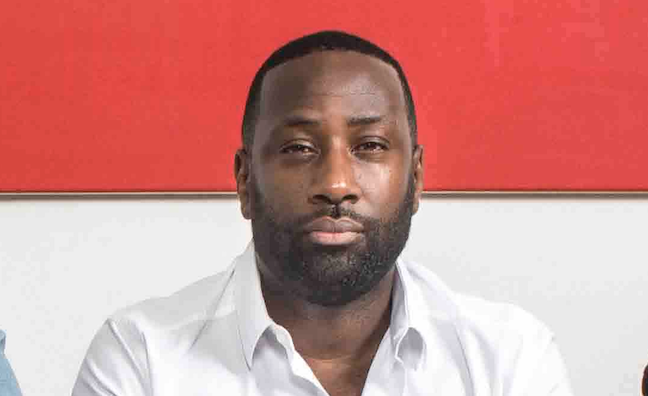 Riki Bleau has told Music Week that the UK’s crop of new artists is pushing the music industry forward.

Bleau (pictured above, second from left) co-founded Sony imprint Since ’93 alongside Glyn Aikins (second from right) last year, and has enjoyed success with breaking UK rappers Fredo and Aitch.

The exec manages Krept & Konan, who star on the cover of the new edition of Music Week. They began working together before Krept & Konan signed to Virgin ahead of the release of their 2015 No.2 album The Long Way Home.

Bleau spoke to Music Week for this week’s cover story alongside Virgin EMI GM Michael Rivalland, and he reflected on the post-streaming climate for releasing records.

“Overall it’s easier now,” Bleau said. “There are loads of new exciting developing artists making waves in their own right and you’ve never had that to this degree, not in the volume we have now, streaming has helped that.”

Bleau is a veteran of the UK scene. He said that, nowadays, the “playing field is more even”.

“People can do it for themselves, it’s not a case of, ‘Who’s been signed to a major label, it’s ‘Who’s good?’. Looking at who we’ve signed, whether that be Fredo, Aitch or others, there’s an exciting crop of new talent pushing things forward,” he said.

People can do it for themselves

Bleau and Virgin EMI are gearing up for the release of Krept & Konan’s upcoming new record, which is centred around Frank Sinatra’s quote, “The best revenge is massive success”.

“Krept & Konan see all of that [industry change and emerging artists] and are inspired by it and challenged by it,” he said. “It’s a response to the environment.”

Bleau has high hope for the album, which features a posthumous verse from Cadet, who passed away in February, among other collaborators.

“You want to make sure the record is moving and you can be proud of it, then you start assessing what you can expect from individual songs, looking at the market and gauging things by measuring against this or that, to see where you’d like to be,” he said. “ But the first thing is just being honest.”

Krept & Konan’s campaign includes a UK tour culminating in their biggest show to date at the o2 Arena. It follows last year’s date at Alexandra Palace.

“Their live show is the best I’ve seen,” said Bleau. “Their sense of showmanship and the detail they put into it is crazy. What they did at Alexandra Palace was amazing and I’ve seen them replicate that at festivals.”

Bleau also praised the duo’s “consistency”, saying, “They’ve been at the top tier of UK rap for so long, that’s testament to their artistic ability and attention to detail, their records don’t happen quickly. They’re perfectionists, they really take their time, they don’t put out music for the sake of it.”

Krept & Konan opened their Crepes & Cones restaurant in South London last year and founded the Play Dirty brand, through which they released music before signing to Virgin. They starred as judges on BBC series The Rap Game UK this year.

“They’re true entrepreneurs and are always pushing the culture forward. It’s important for them to do that,” said Bleau. “They have great marketing ideas and a great sense of who the audience is and what they want. I haven’t seen anyone as good as them at knowing how to connect with their audience.”

Pick up the new issue to read the cover story in full. Subscribers can read it in full online here.