Who Are You? Robert Rosenberg from The Who's management on talkin' to the streaming generation 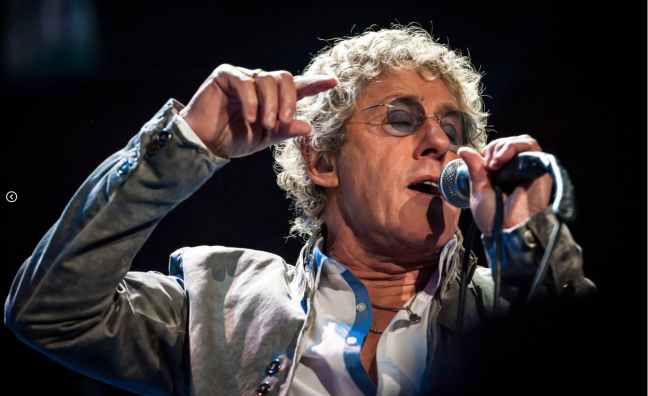 The Who are back with their first album in 13 years. Who (Polydor) is battling for No.1 in this week's chart (December 13).

The band's first album of the streaming age, the LP represents an opportunity for The Who to reach a new generation of fans.

As Music Week meets the team behind The Who's return, we speak to Trinifold managing director and Who co-manager Robert Rosenberg about the album's creation...

How have The Who prepared to release their first album in the era of streaming?
"What you have to understand is for a company like us, the last record came out in 2006, the one before that in 1982 so it’s not a regular occurrence in our job that we get to release a Who record. So to release a Who record in an industry that has changed completely, even since 2006, was a learning curve. The other bands we’ve got are in totally different markets. So for The Who to be signed to a young company with young senior executives who were all raving about working with the band, who appreciate how a modern record is put together and the innovative ways they’ve got of getting music to people is great. The challenge for any album like this is getting it out there to the silent majority, the people who would buy a Who record if they knew about it, but are difficult to find. We have to hopefully overcome that. The plans are in place."

There seems to be a very contemporary feel to the new album, was this a conscious goal?
"There is a song called I’ll Be Back which Pete sings which really is an R&B track. It’s stunning. It shows Pete has been immersing himself in modern music, hip hop, rap, and to think that he’s used those influences on a Who album is pretty amazing. That’s something nobody would expect but it’s worked out really well. It’s a very diverse record in terms of the subject matter. The first song I heard, a year or so before [the recording sessions], was Beads On One String, which Pete wrote by finding a backing track on SoundCloud that he liked by some young guy called Josh Hunsucker, so he contacted him. I imagine the guy was like ‘What?!’ Pete wrote the song over this guy’s track. When I heard that, I thought it was incredible, so I took it into Polydor when we were talking about a deal and played that to them. They were blown away by it. It’s a brilliant song."

What is the digital strategy for Who?
"Are we ready for streaming? Yes and no. The older demographic hasn’t got into streaming as much as the younger. You go on and look at your figures and go ‘Ooh we’ve had a million streams of something’ and then you discover it’s worth $4,000 or something. The biggest one we’ve got I think is Baba O'Riley which has just gone over 200 million, but then you’ll find some act in the charts has had a billion streams already and it just blows us away because our demographic has not yet embraced streaming. Some have, but a lot don’t know what it is. That’s the challenge we’ve discussed with Polydor. I’m not sure anyone knows how to get round it. It will take a few years."

Are you targeting younger fans with this record in addition to that old demographic?
"We’re trying to reach a new audience too. We know The Who have a young demographic because we’ve noticed it at the shows, particularly in America. There’s a lot of young people coming. The average age of the audience is not that huge, so we do have that younger demographic - but how do we get to them is the question? Radio is a challenge for a band like The Who. Over there, Interscope are trying to get us on Modern Rock playlists with bands like The 1975, so the kids will know we have a new record out."

How important does the live side of things remain to The Who?
"The live side is the thing that keeps up the interest. You notice that bands that are still playing live are much more in the public’s consciousness than bands that aren’t. We’ve had bands in the past that haven’t toured and you notice their catalogue goes down and down because people forget about them, however big they are. To still be touring means you see an upturn in catalogue sales and syncs – they get a lot of syncs especially in the US – you hear their music on TV shows and I know a lot of that comes from people going to shows in places like LA and hearing the music, so it’s vitally important for the catalogue and the new album that the band are touring."

The Who seemed to pioneer TV syncs with their CSI connections...
"They used to resist letting their music be used, then I remember in 1996 Pete agreed to let My Generation be used in an ad for Calippo ice creams, and it’s been incredible. The CSI thing came about because the writer/producer was a massive Who fan. 'Who are you?' was a perfect lyric for that series and then after that it was like, ‘Every series has to have a different Who track’. So it became a signature thing for them."

What are the hopes for this album?
"From our point of view let’s make people aware that a man like Pete Townshend has written songs as good as he’s ever written and Roger is singing as well as ever. Even I’m like, when you hear an old artist has made an album you go ‘OK’; and when you go to the show and they say 'this is a track from the new album’, you go to the loo. Everybody is like that, you have to get over that challenge and tell people 'this is rather good, you should listen to these songs'. That’s what I would hope. Judging by the reaction we’ve had so far, people are really loving the record."

Subscribers can read Music Week's in-depth interview with The Who.