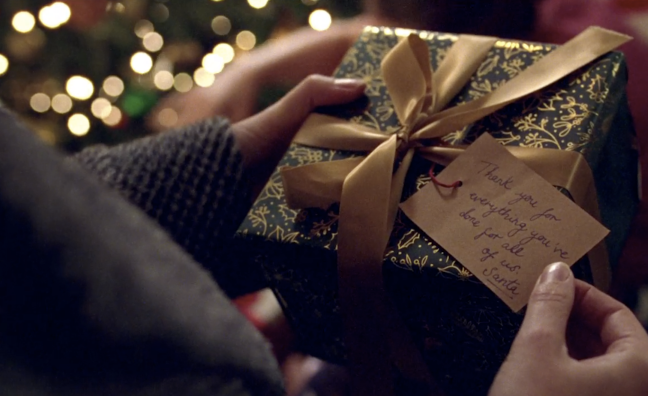 Theodore Music’s Harley Beckmann Hawksley has told Music Week that Birdy’s new festive sync was designed to deliver a Christmas thank you to the NHS.

Birdy’s cover of Cherry Ghost’s People Help The People can be heard on NHS Charities Together: Christmas 2020, The Gift, which launched last week. The team behind the spot has told Music Week that it was conceived to deliver a hopeful message at the end of a tough year.

The pandemic has not slowed down the sync sector in 2020, with Celeste’s recording of the first-ever bespoke track for a John Lewis campaign and Griff’s Disney spot among the big stories.

“2020 has been tough on everyone but I don’t think anybody’s had it harder than those who work for the NHS,” he said. “So, when Harley reached out about the possibility of Birdy re-recording People Help The People for NHS Charities’ beautiful, Christmas film, we did everything we could to make it happen. Birdy worked tirelessly across a week to recreate the track from home and we’re so happy with how the track marries with a poignant story.”

Read a Q&A with Theodore’s Harley Beckmann Hawksley and David Bass below.

How did this sync come about for Birdy?

Harley Beckmann Hawksley: “The wonderful sync team at Warner put together a list of artists who may wish to be involved in the project. Following these suggestions, the agency fell in love with Birdy’s cover of People Help The People, and in particular a version she had recorded and posted on YouTube from her home during lockdown. This version is so intimate as it’s just her voice and piano. The song itself embodies the sentiment of the ad, which is to look after each other, so it felt like the perfect union. We were absolutely thrilled when Birdy offered to re-record a version especially for the campaign - her vocal tone is so special and her delivery is the perfect balance of gentle and profound.

What did it mean to work on the project?

HBH: “It means the world to us to collaborate with everyone involved for such a great cause. We feel strongly towards doing what we can to give back to those who have dedicated the past year to looking after us all. The song itself is so beautiful, and then to watch the film evolve with the music has been magical.”

How has this festive period been in sync compared to recent years?

David Bass: “2020 in advertising had been pretty odd to be honest. A lot of user generated content films were created with quick turnarounds. During Xmas, brand messaging had to adaptable based on uncertainty brought on by the pandemic. Campaigns did not necessarily have the long production lead-up time, which is usually the case. The restrictions and obstacles have provided interesting ways to make a television commercial, which is pretty inspiring. While everything else changed within a production, music remained an area that was constant, and arguably, had to work harder to hit the right tone.”

It's a busy market at Christmas in sync, what makes this one stand out?

HBH: “It’s human. We all know what it’s like to be looked after or to look after someone else. I think this year we are all incredibly grateful for the NHS, so to see someone being cared for in a hospital really hits home. Plus there’s a little hint at some Christmas magic in there too.”

* Make sure you can access vital music biz information wherever you are by signing up for our digital edition here.