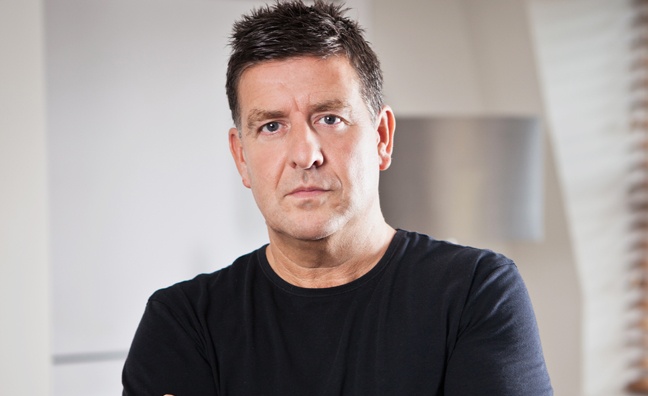 The BRIT Awards has confirmed that Damian Christian, MD and president of promotions at Atlantic Records, will be taking over as chair of the BRIT Committee for 2023.

In his storied career, Christian has achieved huge success, including a string of wins at the Music Week Awards – with 2022 their latest victory in the Promotions Team category.

Christian is the latest executive to take on the baton, following Polydor’s Tom March being chair in 2022. March presided over a period of change at the ceremony as it moved to drop its gender-based awards categories. Instead of the four male and female awards for UK and international acts, the BRITs moved forward with two categories - Artist of the Year and International Artist Of The Year.

News of Christian’s involvement comes as the BRITs also confirms details of its 2023 ceremony. Next year’s awards show will take place on Saturday February 11th at The O2 arena, and will be broadcast exclusively on ITV and ITVX. This marks the first time ever that the BRITs will take place and broadcast on a Saturday evening.

Commenting on the new date, Christian said: “The BRITs is the biggest night of the year for the UK music industry, and we want as many eyes on it as possible as we showcase the best and most diverse British talent. Moving the show to a Saturday will breathe new life into the iconic ceremony, while also introducing a new and more engaged audience.”

Adele was the big winner at the BRIT Awards with three victories for her 30 campaign. She won Artist Of The Year, Album Of The Year and Song Of The Year for Easy On Me. Newer artists and first-time winners also included Little Simz, Wolf Alice, Becky Hill and Olivia Rodrigo, as well as BRITs Rising Star Holly Humberstone.

The BRITs 2022 marked digital growth in new areas due to partnerships with YouTube Shorts, TikTok, Roblox, Serenade and more.

2023 will mark 30 years of ITV as broadcast partner, with headline sponsor Mastercard reaching 25 years and 13 years at The O2 arena. As ever, the event will also help raise money for The BRIT Trust, the charitable arm of the awards.

An official press release stated that further campaign announcements “will be made in the coming months.”

You can revisit our in-depth interview with Tom March all about life behind the scenes at the BRIT Awards here.