Dua Lipa and Griff to perform at 2021 BRIT Awards 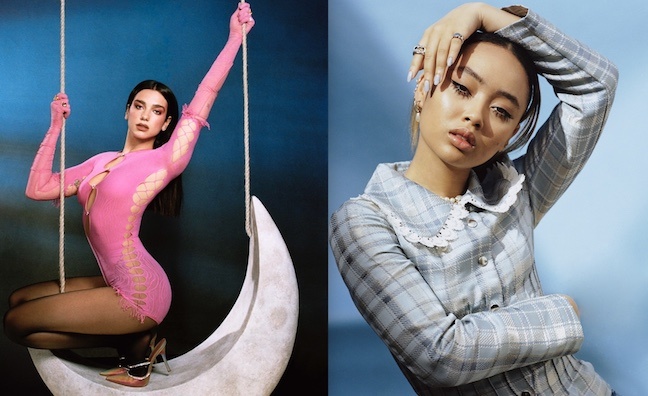 The BRIT Awards 2021 with Mastercard has announced that Dua Lipa and this year’s BRITs Rising Star winner Griff are the first performers to be confirmed for this year’s show on May 11.

This year’s ceremony has gone back from its usual February date because of the pandemic. Like the Grammys, it is expected to feature more pre-recorded content rather than be a fully live event.

The BRITS will be broadcast on ITV and on YouTube for international viewers.

Dua Lipa, a 2021 Grammys winner, said: “I am so excited to be returning to perform for you all at the BRITs this year. It’s going to be truly special to be back on stage in the UK.”

Dua Lipa made BRIT Awards history in 2018 as the first female artist to pick up five nominations, with two wins for British Breakthrough Act and British Female Solo Artist.

Future Nostalgia was released in March 2020 and surpassed 294 million streams in its first week. It has reached three million global sales, exceeded six billion streams across all of its tracks and has just been certified platinum in the UK.

Griff said: “Guys, pray for me! I’m going to be in a room full of the biggest and best artists in the world, singing my little heart out. I can’t wait!”

Both Griff and Dua Lipa are signed to Warner Records.

This year’s BRIT Awards will take place  May 11 at The O2 arena, exclusively broadcast on ITV and ITV Hub and hosted by Jack Whitehall. Nominations are set to be announced on March 31.

Mastercard return as headline partner for the 23rd year, and will continue to sponsor the Album of the Year award, as well as British Single with Mastercard for the first time.

Amazon Music is the Official Digital Music Partner for a second year and will host the Official BRIT Awards 2021 playlist, as well as sponsor the Male and Female Solo Artist categories.

Following their partnership in 2020, TikTok will once again partner with The BRITs to sponsor the Breakthrough Artist category, which will see an exclusive series of events in-app to profile those nominated, from TikTok Lives to hashtag challenges.