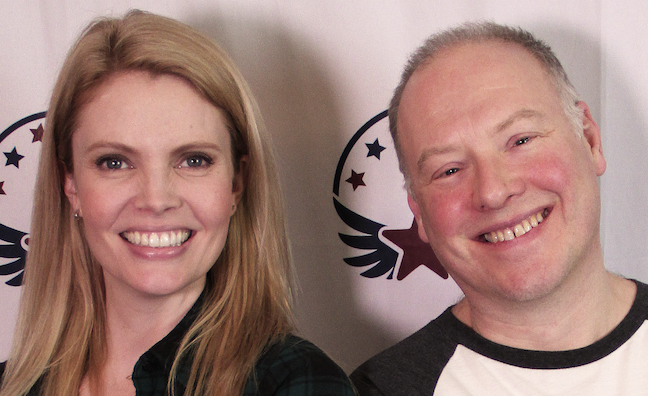 Country music fan club app CountryLine will today announce that it has confirmed a deal to acquire Chris Country Radio. The agreement brings together two of the pioneer independent services in consolidating the UK market for country music.

“Freemium” membership club CountryLine was launched in 2018 by media entrepreneurs Simon Walker and Nathalie Cox, with investors including avowed country music fan Sir Elton John. Owned by “mediatech incubator” Maidthorn Partners, founded by Walker in 2008, CountryLine describes itself as the world's first and only one-stop-shop fan club app for devotees of the genre.

The app offers video and audio content in partnership with artists, with exclusive interviews and sessions, podcasts and more, including sponsored gigs and events. It's currently live in the UK, Ireland and the US, with both a free service and a premium membership priced at £25 a year. Plans call for CountryLine to roll out around the world over the next 24 months.

Other investors include ex-EMI chairman Eric Nicoli and former Endemol Shine International CEO Martha Brass. CountryLine is an official partner of the C2C (Country to Country) Festival, which takes place this weekend (March 13-15) and where the app will host the artist meet and greet sessions.

Chris Country Radio, launched in 2013 by country champion Chris Stevens, who also hosts the station's breakfast show. It's available on DAB in London, Liverpool, Manchester, Glasgow and several other UK regions, and on Sonos, Alexa, iOS and android services.

The station arrived digitally in London in 2016, becoming the capital's first country music service for nearly 15 years. Stevens becomes head of global audio in the new partnership, and will continue to programme and manage Chris Country Radio.

“Country music has the best fans in the world,” says CountryLine creative director Nathalie Cox. “They are passionate about the music of course, but they also love the whole Nashville lifestyle. We created CountryLine to help fans live their best country lives, and teaming up with Chris Country completes the package.”

Adds Stevens: “Country is growing fast around the world. Joining forces with CountryLine means we can deliver an even better experience for audiences and artists alike.”

In the new edition of Music Week, we take an in-depth look at the world of country music as C2C Festival returns to our shores. On the cover we have headliner Luke Combs, plus there’s a deep dive into country streaming, songwriting secrets from legendary hitmaker Liz Rose and an interview with Ashley McBryde.