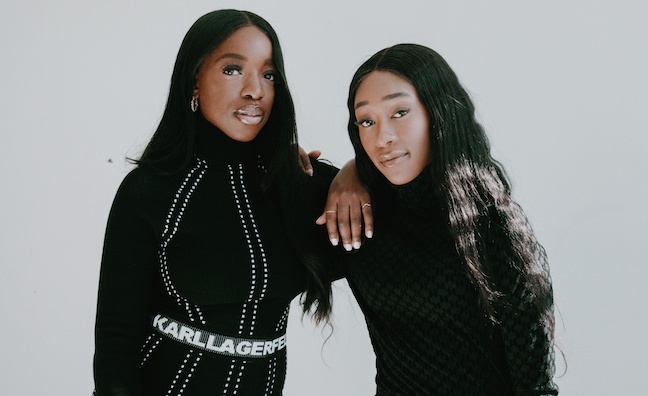 Giovanna Mae and Brenda Juliet have announced the official launch of their music and entertainment PR agency, MYBLAQBOOK.

The newly-formed company will deliver tailored and strategic campaigns for artists on their roster.

Working with major labels and independent teams for both emerging and established acts, Mae and Juliet have partnered on campaigns for artists including Mavin Records signee Crayon, NSG, Amos, PRS Foundation and more.

Joining forces and working collaboratively to form the new venture, the pair have built a roster with key names including Blanco, Aluna, Prettyboy D-O, Odeal, V9, NSG and more.

Juliet started off in the industry as a writer for Link Up TV, while Mae built up her PR experience at Polydor. The pair have established long-standing relationships with both artists and music executives.

Giovanna Mae said: “To be completely transparent, this new agency was formed out of frustration. We found each other at the perfect time - everything is all about timing! Brenda and I found a way that works for us as a duo to deliver strong campaigns for each of our clients - which is pretty much our formula. Huge thank you also to Rebecca Muttu for giving me an opportunity at Polydor.”

By signing with Keychange, we commit to actively striving for change by being the change

In the official announcement for MYBLAQBOOK, the pair credit the “inspirational” Power Up campaign for helping to bring them together on the agency.

“Having had the chance to work closely with the PRS Foundation team on the launch of Power Up, the inspirational campaign motivated and pushed the ladies to start something of their own, working behind the scenes as two Black women leading press campaigns while building organic relationships with both immediate and wider teams,” stated the announcement.

Brenda Juliet added: “The last few months have been amazing working closely with Giovanna on our roster - making the transition from a more corporate and tech PR space finally into the music world has been effortlessly natural. It's refreshing to be able to work on something you're truly passionate about, with someone who works like-minded to you. Everything has been completely organic and I’m so proud of what we’ve accomplished so far - but there’s so much more to do!”

MYBLAQBOOK has signed a pledge with Keychange to encourage and drive diversity across the media landscape. Through this partnership, they will actively seek to create an improved gender balance across their roster from year to year.

As the founder of women empowerment platform, Girls In Power UK, Brenda Juliet said: “As a duo working towards growing the company over the next few years, we aspire to build an agency which will create more in-house opportunities for women and female-identifying individuals in the industry. Later down the line, we look to welcome work experience opportunities too which will help get more women through the music PR door.”

Speaking on the future of MYBLAQBOOK, the pair added: “As we know, the music industry is heavily male-dominated, so being two Black women leading an agency is a start in breaking these norms, bypassing such glass ceilings. By signing with Keychange, we commit to actively striving for change by being the change.”