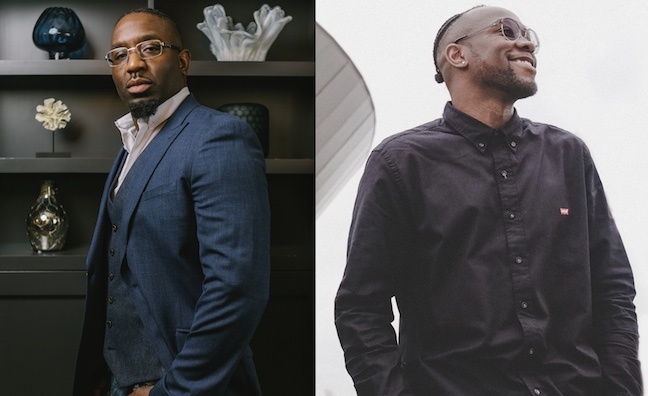 As well as providing grants and industry-wide support, Power Up will address anti-Black racism and disparities in the music sector.

Set up and managed by PRS Foundation in partnership with YouTube Music, Beggars Group and the Black Music Coalition, the initiative brings together several music industry partners across all sectors to accelerate change. Supporters include AIM, the BPI, the FAC, Ivors Academy, the MMF, the MPA, MPG, the Musicians’ Union, PPL, PRS for Music and the PRS Members’ Fund.

Power Up will launch with the premiere of the documentary, Time To Power Up, on January 25 at 5pm via youtube.com/PRSFMusic

To lead the decision-making process, a Power Up Executive Steering Committee was established in late 2020 (see below for the full membership).

Executive Steering Committee member Char Grant said: “I am very proud to be a part of the executive steering committee which is shaping the Power Up programme. I am beyond happy that our shared vision for the betterment of Black people is starting to be delivered on terms that create real opportunity for the next generation of Black artists, Black creatives, and those that wish to build careers in the industry.”

Power Up aims to create a fairer, more equitable music industry, to achieve better representation in all sectors of the business, and to amplify the work of Black creators and industry professionals, through the Power Up Participant Programme and the Power Up Movement.

The Power Up Participant Programme is a long-term network addressing barriers facing 40 Black participants (20 Black music creators and 20 Black executives and industry professionals) each year. Participants will be at crucial career stages, working in any genre or sub-sector, and will be backed with grant support of up to £15,000, capacity building and mentoring, support from partners and marketing support.

In alliance with the Black Music Coalition, the Power Up Movement will set targets and apply industry pressure to increase Black representation.

Power Up ambassador Ray Blk said: “I’m delighted and so proud to be an ambassador for Power Up and lend my support and voice for the initiative to help make the change the industry so desperately needs.”

I wanted to be able to work with, help, encourage and guide the industry into a more inclusive, representative and equitable music industry

Co-founder of Power Up, Ben Wynter (pictured, left), said: “I am proud and excited that after a long six months, Power Up is finally able to launch. Having been on the receiving end of unconscious bias and the structural and systemic anti-Black behaviour that occurs within our industry, I know first-hand just how important Power Up is. Following on from Black Out Tuesday and seeing all of the posts of solidarity, I realised that there was an opportunity to seize the moment and put something in place that would encourage the dialogue to last beyond the 2020 BLM movement and have a lasting impact over the next decade and beyond. Step forward Power Up!

“Rather than finger point and fight the industry, I wanted to be able to work with, help, encourage and guide the industry into a more inclusive, representative and equitable music industry. This is why industry participation in Power Up is so important.”

Wynter added: “With the participant programme, the aim is to Power Up 40 Black creators, executives and industry professionals annually to break through the glass ceilings and reach their full potential. Whilst through the Power Up Movement there is an opportunity to influence policy, break down barriers, accelerate change and influence the future of the music industry.

“For me it was essential for the programme to be led by Black professionals who understand the nuances of anti-Black behaviour, which is why we have had more than 80 Black music industry professionals help to guide this programme and a steering committee consisting of successful Black professionals to help shape decisions and policy. I am hugely excited to launch this programme and discover the ways in which Power Up will move the needle on anti-Black behaviour and shape the future of the UK music industry.”

PRS Foundation is working to champion inclusion and diversity in the music industry.

CEO of PRS Foundation Joe Frankland said: “In order to tackle anti-Black racism and to bring about meaningful and lasting change, public solidarity is not enough. It must be followed by commitments, accountability and action. Those working in all sectors of music in the UK must do more and must do so with more urgency.

“As an inclusive, proactive and collaborative funder, PRS Foundation is proud to have developed such an ambitious, long-term programme alongside our Executive Steering Committee, passionate Focus Group members and many partners, covering all genres, sectors and parts of the UK. I especially want to thank co-founder Ben Wynter, Yaw Owusu and the many companies and organisations who have come on board at launch phase to make a real difference. It’s time to step up and we encourage music companies of all sizes to do more to build a stronger, more inclusive and fairer music sector.”

Lyor Cohen, global head of music at YouTube, added: “We’re currently facing the perpetual moment of truth. We’ve seen our Black brothers and sisters demeaned and disrespected for centuries and as a music industry, we have an outsized voice in culture and must be held accountable. We have a lot of work to do, but YouTube Music is committed to this marathon. We're proud to be partnering with the PRS foundation to accelerate real change."

Beggars Group CEO Paul Redding said: “We were first approached by the PRS Foundation in June last year to discuss their plans for the Power Up programme. We immediately wanted to be involved: both financially for its launch as well as committing to longer term support to tackle anti-Black racism in music. At that time, I was already in training for the Channel Swim in September and, having talked with Martin Mills, we felt that the swim provided a fantastic opportunity to raise a lot of money and highlight what PRS Foundation were trying to do.

“Conversation and action surrounding diversity, inclusion and opportunity are so important in the current climate and need to be front and centre from now on: individually, within companies and on an industry level. People have come together and I am optimistic that this programme will deliver real and meaningful change.”

Sheryl Nwosu, lawyer and chair of the Black Music Coalition, said: “The Black Music Coalition has made clear its aim to eradicate systemic barriers hampering the entry and professional progress of Black people in the UK Music industry; PRS Foundation’s Power Up programme is a clear example of action being implemented to make real change, to redress and to break down some of those barriers, this is why the BMC decided to partner with PRS Foundation on Power Up and wholeheartedly support the programme.”