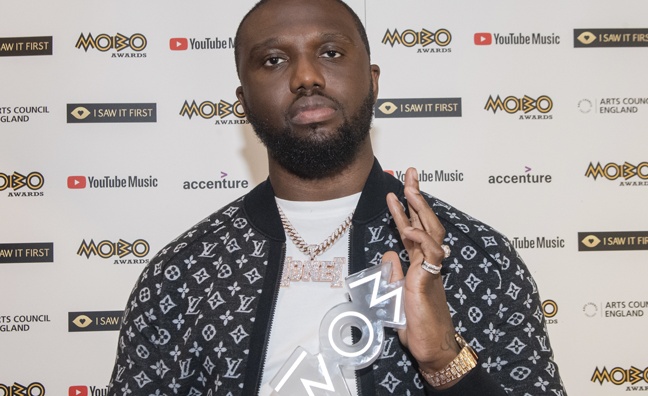 Headie One, Nines, Mahalia and Aitch were among the big winners at the MOBO Awards 2020. The night – which took the form of a virtual ceremony hosted by Maya Jama and Chunkz – marked the return of the ceremony after a three-year hiatus.

Nines received five nominations this year and took home the prestigious Album Of The Year honour for Crabs In A Bucket honour, and was also crowned Best Hip Hop Act.

The MOBO Awards 2020 was live-streamed on YouTube and was broadcast on BBC One at 10.45pm (on December 9), with a highlights special on BBC iPlayer.

Speaking about the ceremony, MOBO founder Kanya King said: “I feel very proud about this year’s show which will go down in history because of its unique commentary and set of circumstances. We will archive it for future generations to watch and learn about the times we are currently in. I want to thank the BBC and YouTube for working together, all for the greater good. This wasn’t just an Awards show, this is an empowering show with a purpose that represents opportunity over inequality, that represents pride for an audience that often feels marginalised, that represents achievement against all odds. There will be new artists watching the show and because of it, and their lives and those of their families may be forever changed. Roll on our 25th anniversary next year – let’s get ready to MOBOLISE!”

ALBUM OF THE YEAR
NINES – CRABS IN A BUCKET

VIDEO OF THE YEAR?
NSG – LUPITA (DIRECTED BY KEVIN HUDSON)