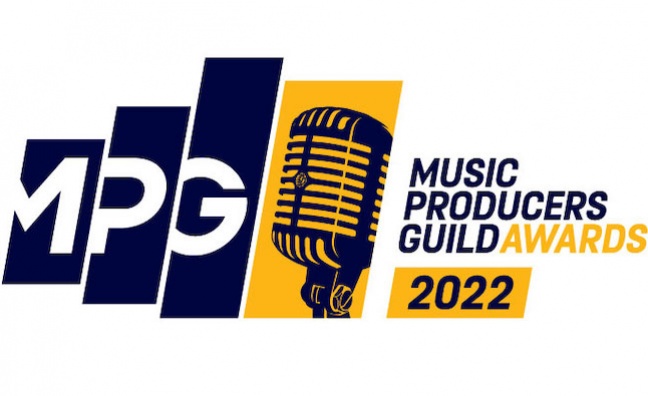 Marta Salogni, Manon Grandjean, Inflo, Joan Armatrading and Linda Perry were among the big winners at the Music Producers Guild Awards, which took place at The Tower Hill Hotel in London (June 9).

The MPG Awards featured a total of 15 categories, each designed to recognise and celebrate the best and brightest stars of music production, along with the industry’s new talent.

Manon Grandjean was awarded Mix Engineer Of The Year by multi-award-winning songwriter, Kamille, for work with artists including Noa, AJ Tracy & Lxandra. Manon was previously recognised in the 2017 MPG Awards, when she won Breakthrough Engineer Of The Year and then Engineer of the Year in 2018.

Inflo – who produced the Album Of The Year winner Little Simz – Sometimes I Might Be Introvert – was took home Writer-Producer Of The Year for a second year running.

Other winners on the night included Fiona Cruickshank who also took home two awards – Breakthrough Producer Of The Year and Recording Engineer Of The Year, and singer-songwriter, guitarist and producer, Joan Armatrading who received the PPL Present The MPG Outstanding Contribution To UK Music award.

The MPG Inspiration Award, sponsored by Audio Note, was awarded to Linda Perry.

This year saw the return of the Unsung Hero Award, the only category open to anyone in the industry, which was won by #BrokenRecord campaigner Tom Gray.

Of the two new categories introduced this year, Vocal Producer Of The Year was presented by Ellie Goulding to Lorna Blackwood for her work with Dua Lipa, & Calum Scott and the Rising Star Award was presented to Matt Taylor.

Producer Of The Year, sponsored by Flare Audio
Marta Salogni

Writer-Producer Of The Year, sponsored by Session
Inflo

Breakthrough Producer Of The Year, sponsored by Sonnox
Fiona Cruickshank

Mix Engineer Of The Year, sponsored by Miloco
Manon Grandjean

Studio Of The Year, sponsored by Dolby
Abbey Road Studios

Speaking about this year’s winners, Olga FitzRoy MPG executive director said: “It's wonderful to see the career-progression of some of our winners this year - it shows that progress and longevity are possible in this industry, and that the MPG Awards, voted on by working professionals, really are among the most meaningful of music awards.”