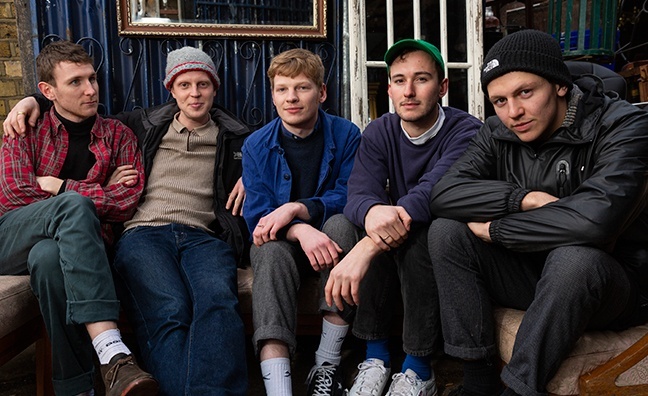 Record Store Day will release a single that will be recorded at their 2021 launch event.

Brighton group Squid are set to perform live on Steve Lamacq's BBC Radio 6 Music show next Wednesday (April 7) to mark the announcement of this year's exclusive releases, after which the session will be speedily cut to vinyl and released on Record Store Day itself.

The band will perform two new songs at Metropolis Studios, who will make a "live to vinyl" recording using their unique cutting lathes.

The 12-inch EP will then be fast tracked for release by Sound Performance and will be available to purchase from independent record shops on July 17, one of the two dates earmarked for RSD 21 – the other been June 12.

“We’ve been busying ourselves away on some scores, arranging orchestral versions of two of our favourite tracks from Bright Green Field," said Squid's Arthur Leadbetter.

"The process is the same as ever, starting off with no clue of what we’re doing, stumbling along together, each inputting our ideas into the music until it starts to take shape. We're so excited and also quite terrified to release this little gem for Record Store Day 2021.”