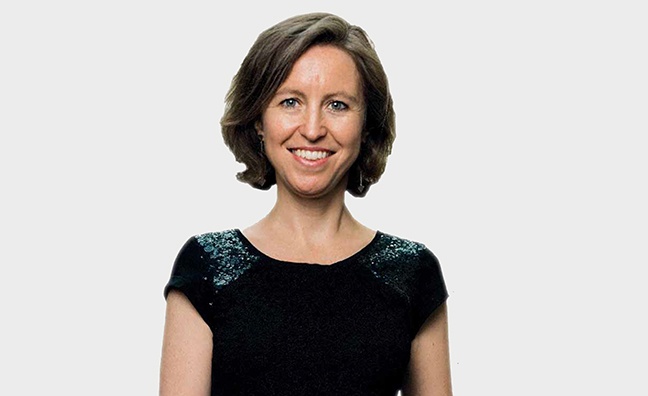 Keychange founder Vanessa Reed has told Music Week she is "optimistic" about the progress the UK biz is making progress on gender equality.

Reed (pictured) recently departed PRS Foundation, where she served as CEO for 11 years, to take up a new role as president and CEO of New Music USA, based in New York City.

Reed, who was inducted into Music Week’s Women in Music Awards Roll of Honour in 2018, established Keychange, a pioneering gender balance campaign in music, in 2017 with six European and Canadian partners.

“I’m very optimistic because of the response we’ve had to Keychange," she said, speaking in the latest issue of Music Week. "There are really positive signs that everyone can see doing nothing is not an option any more.

"People are realising that, when you’re recruiting talented young people into the industry, they care about the values of an organisation and whether they can see themselves in the upper echelons of that company. So, if companies want to stay ahead of the game, they need to change things.

"Gender pay gap reporting has played a hugely important role. The biggest challenge is going to be walking the walk at the very top of organisations. That’s where there are still so few women that it makes us look like an industry that comes from another century.”

Since its launch, more than 250 music organisations from all over the world have signed the Keychange pledge towards achieving a 50/50 gender split across line-ups, conferences and commissions by 2022.

Earlier this month it was announced that the European partner network behind the initiative has received funding of €1.4 million (£1.15m) from the Creative Europe programme of the European Union. The second phase of Keychange launches next month.

Subscribers can click here to read the full interview with Reed.