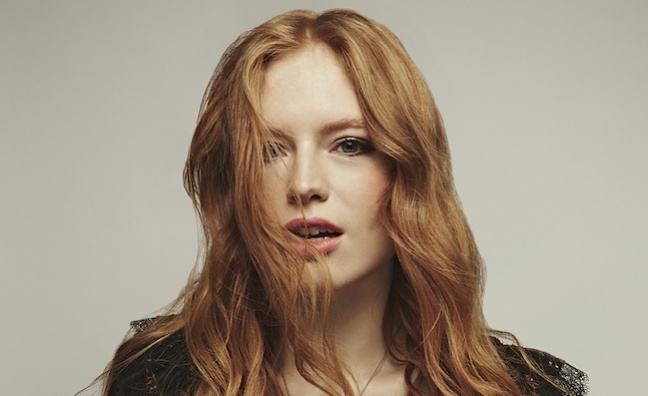 Another Brit List artist has scored a chart success. Freya Ridings is the latest alumni of the BBC Radio 1 platform to enter the Top 10 with a debut album.

Ridings’ self-title debut for Good Soldier entered the charts at No.3 on Friday (July 26) on sales of 14,779 copies, according to the Official Charts Company.

The next Brit List submission deadline is fast approaching – labels have until August 2 to make their case.

Virgin EMI president Ted Cockle credited the role of the Brit List in the breakthrough by Lewis Capaldi.

As well as album chart success, nine Brit List-supported singles have made the Top 10. Here, Chris Price, Radio 1 and 1Xtra head of music, looks back at its success so far and explains how artists are selected…

Freya Ridings has cracked the Top 3 with her debut album - how has the Brit List helped her get to that point?

“It started with Scott Mills, who fell in love with Lost Without You after the Love Island sync. Scott making it his Tune of the Week – and the A-list support that followed – is arguably the reason that track didn’t just disappear into the ether. Radio is a relationship, and so is Brit List; in addition to the three-song playlist commitment we lock in other editorial to wrap context around the songs. So whether it’s a memorable Live Lounge performance, or fun stuff like Freya getting a ‘singing lesson’ from Scott, it all helps turn listeners into fans.”

With the next round of Brit List submissions coming up, how do you assess its performance so far?

“I really feel like we’ve hit our stride with Brit List. Two-and-a-half years in, we can shout about three No.1 albums and 12 Top Tens. This year’s Glastonbury line-up boasted 11 Brit List alumni, including a headliner [Stormzy]! We’re getting fantastic feedback from the industry on both sides of the Atlantic. Mabel, Tom Walker and Lewis Capaldi are three recent UK success stories, but the waves are also lapping on foreign shores too, with the US industry in particular really noticing it. I’ve had several American label execs and managers draw a direct line between Brit List and what appears to be a renaissance of British fortunes on the global stage.”

Looking at album sales, it's tough for debut artists to make their mark. How does Radio 1 assess when an artist has truly broken in this streaming era?

“It’s about feel more than anything – across sales, live, social, but also internal talkback like the connection to our presenters or our own music research. There are so many ways of structuring a campaign now that it’s no longer as straightforward as saying ‘Artist X has sold 100k units’. Lewis Capaldi felt like he had ‘broken’ even before the album came out; arguably so does Mabel. Freya’s album is out and selling well, but has she broken? Not yet. Sam Fender hasn’t had an above-the-line hit, but he just supported Bob Dylan at Hyde Park!"

You do vary the number of acts and genres in each round of Brit List. What factors determine who makes the grade?

“Our biggest learning with Brit List is that it’s all about timing. Go too early and the artist hasn’t built up enough steam to really benefit from the commitment; too late, and we’re not really contributing much to the campaign. We work closely with labels and managers to get the timing just right. We aim for three each round, but sometimes there just aren’t three that feel ready. Brit List is essentially about helping artists maximise their potential; what that means exactly in terms of success metrics will be different for every single one.”