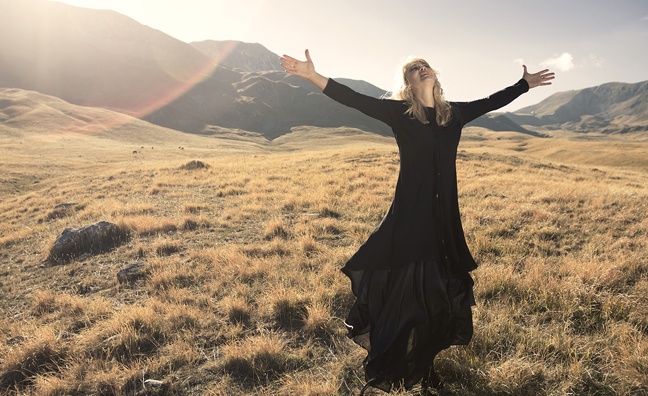 Russian singer Maria Matveeva has teamed up with French Grammy-award-winning composer and producer Eric Mouquet aka Deep Forest on her latest single “Kalinushka” which we are able to bring to you ahead of its release on 29th November. Matveeva’s upcoming EP, "Siberian Trilogy Project", set for release on the 21st December, fuses different styles: lyric voice, electronic sounds and the ethnic elements.

In addition to her career as a lyric soprano in the Opera, Matveeva has experimented various musical genres. Sheis always on top of her game - and in the past she has collaborated with notable musicians such as David Bowie’s pianist, Mike Garson, notable for working with the likes of Nine Inch Nails, The Smashing Pumpkins, Alessandro Alessandroni Jr and Alex Elena, just to name a few.

Since 1992, Deep Forest has been dubbed as pioneers of “ethnic electronica”, mixing ethnic with electronic sounds and dance beats or chillout beats. Nominated for a Grammy Award in 1994 for Best World Music Album,and in 1995 he won the Award for the album Boheme. Deep Forest also became World Music Awards Winner - French group with the highest 1995 world sales. Their albums have sold over 10 million copies to date, and have since toured the world extensively.

Matveeva's influences come from artists such as current collaborators Deep Forest, Michael Cretu (Enigma), Mike Oldfield and Lisa Gerrard (Dead Can Dance), although her experimental twists and turns, and sonic vocal delivery could compare her best to artists such as Enya, Sarah Brightman or Sinead O’Connor for her theatrics in vocal technique and dramatic stage presence.

"Kalinushka" is a flawless mix of traditional folkloric sounds and contemporary electronic production, fused together to create a sound both unique and mesmerising. Beginning with layers of Maria’s vocals, showcasing her virtuosity as well as her passion for vocal texture, the track then progresses hypnotically, riding on Deep Forest’s downtempo beats and melodic electronic basslines.

On her latest venture with Deep Forest, Maria comments:“It was an incredible experience because I was able to interpret a folk song from the popular Russian tradition for the first time since I was a child and I had a lot of fun doing it. With my voice, Éric managed to create the atmosphere of a female traditional Russian choir that fills the song with national color. ”