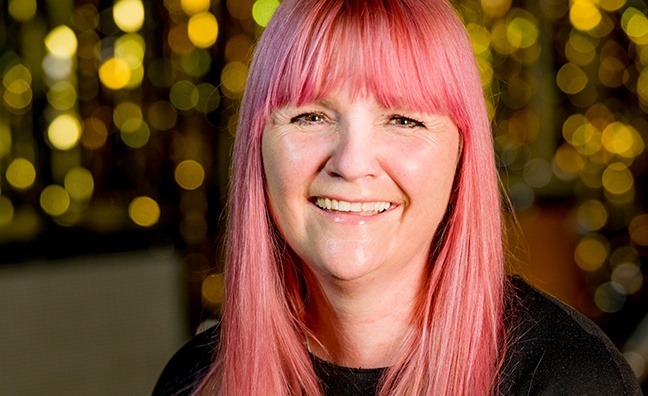 Independent Venue Week (IVW), the UK’s annual seven-day celebration of independent music and arts venues, has revealed their next 10th anniversary ambassadors, with Young Fathers and Adwaith to represent Scotland and Wales respectively.

Both will join Radiohead’s Philip Selway in supporting the event, which returns for its 10th edition between January 30 and February 5, 2023.

Here, she shines the spotlight on plans for the forthcoming Independent Venue Week, while also highlighting the increasingly challenging conditions many grassroots venues around the country are facing…

With less than two months before Independent Venue Week kicks off, things are a little frantic round here.

2023 actually marks IVW’s 10th anniversary. What started off as a relatively simple concept to shine a spotlight on the UK’s most iconic music venues, has evolved into a permanent fixture in the industry calendar and is now widely recognised as the most significant start to the live industry at the grassroots. Every year, typically in the bleak midwinter, we encourage thousands of music fans to get out of the house and to see a local show. And, I’m proud to say, 10 years on, more than one million tickets have been purchased for IVW events.

This has been a HUGE undertaking, working with hundreds of venues all across the UK, along with artists, promoters, agents, record labels and others - including some brilliant partners like Arts Council England, BBC Radio 6 Music, See Tickets, Creative Scotland, Creative Wales and, not least the BRIT Trust, whose recent donation to IVW has been so very helpful. All of these combined efforts help to celebrate these magical spaces we call venues, as well as the people that own, run and work in them, and to put on some truly incredible and life-changing shows.

IVW is how things used to be done before screens took over. It’s essentially social media - but in real life. If you want to discover and champion new music, or stay abreast of fashion, enjoy new and exciting artwork trends, hear what’s happening locally, immerse yourself in culture and help create the next subculture - then just go to a gig.

Venues are where it all happens, and typically before it happens anywhere else.

I’m proud to say, 10 years on, more than one million tickets have been purchased for IVW events

To help boost our work, each year IVW is championed by a different artist ambassador. Previously, we’ve been lucky to have the support of Wet Leg, Arlo Parks, Anna Calvi, Novelist, Adrian Utley from Portishead, Wolf Alice, Nadine Shah, Soak and more. Our first ambassador was actually Colin Greenwood from Radiohead and, taking things full circle, our first 10th anniversary ambassador is his bandmate and drummer Philip Selway. Having such revered and heavyweight support has been truly invaluable and humbling also.

When I was fortunate enough to be recognised by Music Week for Live Music Inspiration at the recent Women In Music Awards a few weeks ago, it felt like all these people were sharing the moment with me.

So what else will be going on in 2023? Well, in addition to Philip, we’re unveiling more ambassadors [Young Fathers and Adwaith], which is hugely exciting. More on that soon. And we also have a whole programme of activity through our new venture, Independent Venue Community, which the BRIT Trust funding will help with. The programme offers a range of music focused activities, taking place during the day, throughout the year, and across the country, with a strong emphasis on under-served communities and those in low socio-economic areas.

Seeing this activity taking place in venues feels like such a natural fit. Venues are located at the heart of their communities yet often not opening up until 4pm, as artists arrive for their soundcheck.

Our goal is to drive more of this additional activity into venues so they can sustain themselves. As well as expanding their potential revenue streams, we also believe it can deepen and cement their links with their local communities.

By championing venues and delivering this activity, we are demonstrating and highlighting why they are cultural hubs for learning, creativity, arts and culture more widely, connecting like-minded people in their local community of all ages, backgrounds, abilities, ethnicities, sexualities, genders, skills and walks of life.

This feels like a win-win situation - and building upon the strengths of what these spaces already offer.

But we’re, of course, doing this against a backdrop of a hugely different and difficult economic situation. After the nightmare of Covid and the challenges of lockdown, venues are now having to face up to the aftermath. Add the rising cost of utility bills, and a crippling cost of living crisis for the public, it's clear that we’re facing a potential crisis of consumer confidence and for some venues an existential threat.

Everyone has had such a tough time, so we’re offering inspiring, low cost or free activity in local venues as a great way that we can help bring some support to venues, invariably locally-owned, independent businesses, whilst offering people a positive, fun, real life experience with like-minded people. All on their doorstep.

We’ve got more venues signed up than ever before – if the venues are keen to take part, we hope everyone will support them and have a great night out at the same time.