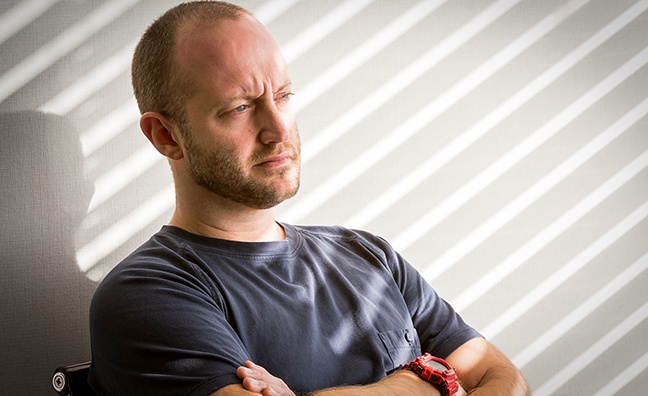 Here, Gregor Pryor, partner at Reed Smith Entertainment and Media Group - winners of the Law Firm category at the Music Week Awards 2021 -  looks at the impact of the booming market and asks - can it last?

The past few years have seen fierce competition for music catalogue acquisitions. What used to be called ‘new players’ (Merck Mercuriadis’ Hipgnosis Songs Fund, Lawrence Mestel’s Primary Wave, Kobalt Capital, Concord, Reservoir and Round Hill Music) are now well-established and successful businesses facing off the interests of the major labels and publisher groups in a race to secure the most valuable catalogues.

Speculation is rife about when all the most valuable musical assets will be bought out but what has led to this gold rush, and where does it all lead?

Those of us working in the music industry at the turn of the century will recall, likely not with fondness, the decline of the sale of physical media (particularly CDs) and the rapid emergence of illegal file-sharing. Recorded music had, almost overnight, transformed from a valuable copyright to almost worthless. As one label executive put it, “the cars are on the forecourt and the keys are in the ignition, waiting for anyone to drive away without paying”.

Those dark skies were brightened by the entrance of Apple. Who could forget those magical industry events when Eddy Cue announced to the world that iTunes had been successful in selling “one million downloads!”. Music had been salvaged from the depths of piracy by a technology company providing a legitimate, safe and efficient way to buy music instead of stealing it. Companies raced into digital distribution.

Fast forward a few more years and some crazy Swedish guys in their twenties had an even more interesting idea – stream music to consumers for free and upsell them a monthly subscription to listen to the entire music catalogue. This seemed like madness at the time, instead of chasing new hits, there was an upsurgence in valuing what old songs were worth.

This growth in distribution has been driving values. Only a couple of years ago, buyers and even some rights owners were saying that music as an asset class had become overvalued, and that the phenomenal price growth would surely slow. Fast forward to now, and the market is more vibrant than ever. New market entrants abound, seeking to capitalise on what is now seen as a stable, annuity-style investment product rather than, perhaps, a creative art form that stirs the soul.

The vibrant competition to acquire copyrights has led to other offerings for creators, particularly financing. This isn’t a new phenomenon – artists have been borrowing against and securitising their income streams for decades. Remember the Bowie Bond, or those well-dressed bankers with expensive watches hawking around MIDEM? The difference today is that the market has expanded so that artists with only a small income stream can still manage to borrow money while retaining the intellectual property rights they own. One prime example is the Music Credit Fund.

Not all of this is great news. Artists continue to complain that their songs are undervalued. Even the UK government was persuaded to examine the economics of streaming, with some arguing that it is not the payments made by the distributors that are too small, but the resultant payments via collection societies, publishers and labels that are unfair. Of course, artists need to understand and manage their own expectations that not all, or most, catalogues, have the potential to go for $300 million like Bob Dylan’s.

As ever, there is a cost for artists and creators associated with their ability to lay their hands on ready cash. Lenders, unsurprisingly, need to make a margin on their capital. Specialist lending vehicles claim to better understand the music industry and may give more favourable valuations and terms than traditional banks. Those acquiring copyrights are aiming to enjoy a growth in value of the asset class and with distribution and administration technology always improving tracking and royalty management, a song or track could sweat harder and yield more.

The biggest challenge for those seeking to capitalise on the rights they own has always been the same: the ability to show an unencumbered entitlement to what they are trying to sell. Catalogue sales and complex securitisations are catnip for lawyers and accountants, but only because the inherent complexity of music copyright holdings coupled with reams of sometimes unintelligible recording and publishing agreements make it difficult to conclude deals without them. A lack of clarity about ownership or entitlement in the first place, particularly in earlier recordings or repertoire, can also get in the way.

Private equity firms such as BlackRock, Morgan Stanley, and KKR have also been keen to get in on this music catalogue feeding frenzy. Investors see the potential of these music assets similar to real estate – a long-term asset, expected to generate funds for its owners and capable of weathering any storm. The financial longevity of top songs is comparable to the traditional assets in their portfolios, such as oil and gold.

However, a more interesting challenge could be for sellers determining who is really buying for the price they are offering. In a seaworld where auctions abound and competition for hidden musical gems is rife, where the water can be murky and full of sharks, an unwary artist can easily be duped into fanciful deals. Everyone knows about caveat emptor, but where the sale of music rights is concerned, caveat venditor is a lesser-known Latin phrase that has equal weight.

Subscribers can click here for our archive interview with Gregor Pryor.