"We want our playlists to be made by people, not algorithms": Inside the Apple Music empire with Oliver Schusser 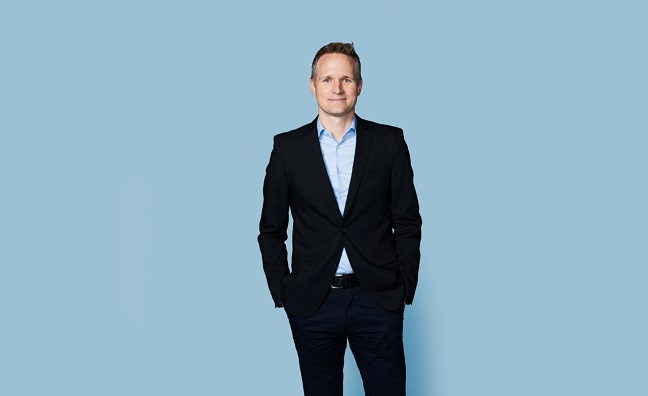 In the new edition of Music Week, we speak to Oliver Schusser, VP of Apple Music and International Content. Since becoming Apple Music’s global boss last year, he has relocated to California to call the shots for a streaming service with over 60 million subscribers. In a rare interview, Music Week checked in with him to talk iTunes, the competition, the numbers and more.

In the interview, Schusser addressed the question of whether he expects Apple Music to overtake Spotify at a global level.

“Believe it or not, we don’t wake up in the morning looking at these numbers and comparing us to them. And my boss [SVP of internet software and services Eddy Cue] never really asks me the same question,” he told Music Week. “For us, we want to be the best. And the best [and] the biggest isn’t always the same. [We want to be] the best at how we work with artists, with the industry, how we execute, how we make our playlists, how they look, the best product… And I think we’ve made a lot of progress in the last 12 months. We’re doing really well in hip-hop – we’re the No.1 brand in hip-hop [across] Apple Music and also Beats 1.”

When asked what makes Apple Music unique, Schusser stressed that their approach to curation plays a major role.

“We’re all about the artists and human curation,” said Schusser. “We want our playlists to be made by people, not by algorithms. We want our customers to discover music that we like, that we recommend to them. Of course there are algorithms involved. But, again, the algorithms only pick music that [our] editors and curators would choose. And then, in a really unique way, we have managed to get tastemakers on board like [Beats 1 DJs] Zane Lowe or Charlie Sloth or Ebro Darden or Julie Adenuga, who really are authentic and credible, and who are tastemakers.”

We want to be the best. And the best and the biggest isn’t always the same

Schusser also commented on the future of the download and answered the question of whether he would prefer it if everyone to just move on to streaming.

“No,” he replied. “Only you talk about that in the press. We don’t ever talk internally about shutting down. We’ve never said that, we’ve got no intention to do so. It’s still a hugely important and successful business all around the world. It’s really important to many artists. So we’re completely neutral. Some people want to stream music and that’s now the majority of people. Great. Other people want to download their music, and we’re not going to stop them from doing that.”