Viewpoint: Studio engineer Olga Fitzroy on why the biz needs to back the #SelfieLeave campaign 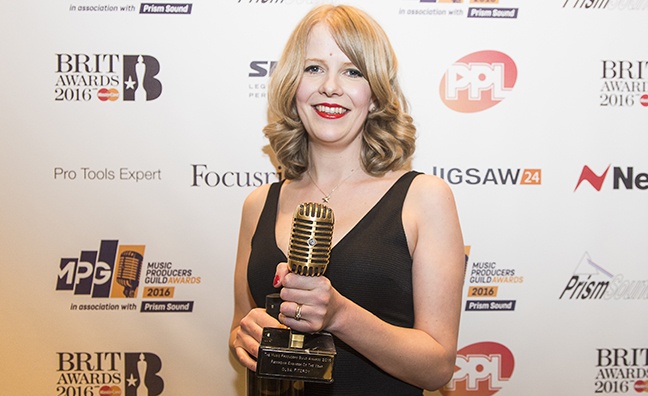 UK Music is heading to the political party conferences this month. And alongside the continuing Brexit drama, one issue on the agenda is the campaign for self-employed parents to be able to take shared parental leave.

As she heads to the Liberal Democrat conference with UK Music, Fitzroy explains why record labels need to embrace the campaign...

“'Parliament has been prorogued' is a sentence I never thought I’d write, let alone understand. And while there is still no certainty on what artists, managers and touring crews will face after October 31, a glimmer of hope has risen from the ashes of Theresa May’s Government for parents in the industry. The week before Theresa May resigned, she announced a Government consultation on all aspects of family-friendly working, including parental leave, neonatal leave and flexible work.

"As someone who has spent the past two years campaigning for #SelfieLeave - the right for self-employed parents to take shared parental leave in a similar way to employees - this announcement was music to my ears.

"I know first-hand the effect that the archaic system of Maternity Allowance for self-employed mothers can have on a family. When I had my son in 2015, my employed friends and colleagues were able to share childcare and work between both parents as they saw fit. I, however, was forced to put my career on ice for the duration of my maternity leave, as being freelance, I didn’t qualify for Shared Parental Leave.

"Given most freelancers think they’ll never work again if they take so much as a week’s holiday or turn down one job, the thought of taking nine months off will have many of us breaking out in a cold sweat. Couple that with society’s general assumption that all women would rather be at soft play than on tour or in the studio once they have children, and it’s easy to see why the current system needs updating.

Since starting my campaign, I have had countless messages from families who have been affected by the one-sided system we have

"Since starting my campaign, I have had countless messages from families who have been affected by the one-sided system we have. Women with promising freelance careers as recording engineers and session musicians have been forced to put them on hold at a crucial point, often never to recover.

"Freelance dads have felt enormous pressure to be the main breadwinner, with little time to bond with their new family, as they don’t get a single day of paid paternity leave.

"So many people in all parts of our industry work on a project-by-project basis, often at short notice and with little security, so it makes no sense for the Government to dictate who looks after the babies when people have children.

"Of course mothers need protection to recover from birth and establish breastfeeding if that’s what they’re choosing, but above all, both parents need the flexibility of sharing leave to balance family and work.

"Just when initiatives, such as PRS Foundation’s Keychange, are challenging promoters and festival-curators to give female talent a platform, the Government seems intent on keeping them at home if they dare to procreate.

"This is why people from across the industry are behind #SelfieLeave. The policy appeared in the Labour party manifesto at the 2017 election and a letter signed by Chris Martin, Laura Marling and others was sent to the Prime Minister calling for #SelfieLeave. With support from the Music Producers Guild, Musicians’ Union, Equity and UK Music, we staged two protests outside Parliament, attended by The Big Moon, Ed Harcourt and Alt-J. Labour MP Tracy Brabin and Lib Dem leader Jo Swinson have both tabled Private Member's Bills calling for this change, and MPs from all parties have shown their support by signing letters or asking questions in Parliament.

"While no-one really knows what happens next, or whether a former member of Bucks Fizz will become the Brexit Party’s MP for Kensington, it’s likely that at some point politicians will go back to making laws about sensible stuff, and when that happens we need #SelfieLeave to be at the top of the pile.

"This autumn I will be swapping the control rooms of Air and Abbey Road for the conference suites of seaside towns, and speaking to politicians about #SelfieLeave, as part of UK Music’s party conference programme. While it gives MPs a welcome break from Brexit chat, it also shows that the music industry is united in its efforts to promote gender-equality. The business argument for this is sound.

"While the nitty-gritty of who takes parental leave may seem far removed from the bottom-line of a major label, it’s worth thinking about. Had The Beatles taken a year off work when John Lennon had his first child, they might have only made one record, and Parlophone and EMI may have had different trajectories. And I would certainly not have landed my first job in music working for Sir George Martin at AIR Studios."

UK Music’s programme for the party conference season includes three panels entitled We Can Work It Out: #Selfieleave and the campaign to help self-employed creative freelancers. You can see details below: