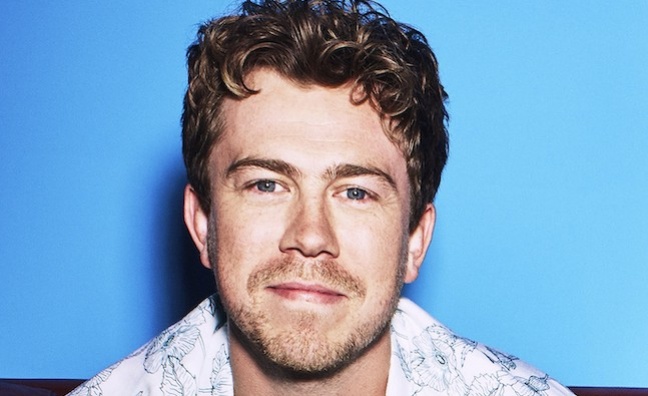 Bourne is best known as the co-founder, vocalist, guitarist and songwriter of the multi-million selling band Busted, but he has also recorded a wide range of solo work and written for other artists ranging from the Jonas Brothers to The Saturdays.

As part of Busted, Bourne has landed four UK No.1 singles, won two BRIT awards and sold more than five million records over four studio albums.  He also scored a No.3 single with Ticket Outta Loserville and had a Top 10 hit with Eddie’s Song, both performed with Son of Dork, the band he formed after Busted originally split.

Throughout his career, Bourne has written songs for the likes of 5 Seconds Of Summer, Backstreet Boys, Boyzone, Jonas Brothers, McFly, Pixie Lott, The Saturdays and The Vamps

James Bourne said: “I’m beyond excited to begin a new chapter with Warner Chappell! My songwriting over the last 20 years has taken me on the most amazing journey. I still feel like I have a lot more to offer as a songwriter and an artist. Onwards!”

Emily Foreman, creative manager, Warner Chappell Music UK, added: “James has been writing great pop and rock songs for almost 20 years now. He enjoyed incredible success in the early 2000s, but the last two Busted records, as well as his recent solo material, have shown how much he’s developed and evolved as a songwriter. We’re excited to work with him on the next stage of his career.”

Bourne formed Busted when he was 17 years old and signed a major label deal in 2002. Their eponymous debut album, which included UK No.1 You Said No, has currently sold more than 2.2 million copies worldwide.

Busted’s second album, A Present For Everyone, has also sold more than two million copies and included the UK No.1 singles Crashed The Wedding and Who’s David. Following its release, the band picked up Best British Breakthrough Act and Best Pop Act at the 2004 BRIT Awards. They went on to release the double A-side Thunderbirds/3AM, which also topped the singles chart.

In the same year, Bourne penned the No.1 songs 5 Colours In Her Hair and Obviously for McFly.

Once Busted parted ways in 2005, Bourne formed Son of Dork. In 2013, Bourne, and fellow Busted member Matt Willis, came together with the members of McFly to form supergroup McBusted. They released their eponymous album at the end of 2014 which reached the UK Top 10.

In 2016, Busted reformed, signing to Warner Music’s East West label, and released their third studio album, Night Driver. They followed this up in 2019 with Half Way There, which reached No.2 in the UK albums chart.

Bourne released his first solo album, Safe Journey Home, in 2020 and this year has released a string of singles from the follow-up record. His latest album Sugar Beach was released last month