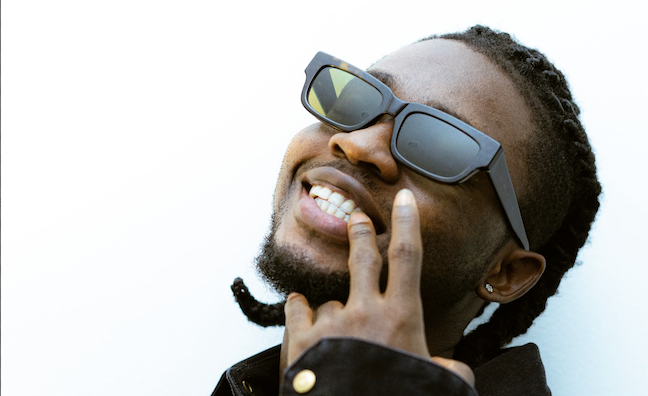 Kobalt today announced that it has signed 25-year-old Afrobeat star Omah Lay to a worldwide publishing administration agreement, including global sync and creative services for his catalogue and future songs.

Born Stanley Omah Didia in Port Harcourt, Rivers State, Nigeria, Lay spent most of his teenage years at the Marine Base, where he started making music as a part of a teenage rap group and went by the name Lil King.

The singer and producer’s brand of Afro-fusion pulls from his personal history with West Africa’s percussion-heavy highlife genre and his enthusiasm for the popular sounds of his generation.

Melissa Emert-Hutner, VP, creative, Kobalt, said: “From the minute I first heard Omah’s music, I was completely blown away. His hard work, great music, and star power have continued to expand, and Dominique, myself and the rest of the team can't wait to roll up our sleeves and work on being his proactive publishing partner."

Dominique Keegan, VP, creative, Kobalt, added: "I am very pleased that Omah has chosen to join Kobalt for his publishing. Omah’s music, lyrics, and artistry prove he is one of the strongest voices in the Afro-fusion and global music scenes. We are extremely proud to have him join our family."

Lay’s manager, Valentine Ngaji, said: "Omah is special, and special talents like him require special attention. Therefore, we can’t think of a better administrator to take care of his masterpieces than Kobalt. They are big fans of his works, and we are certain they are in good hands.”