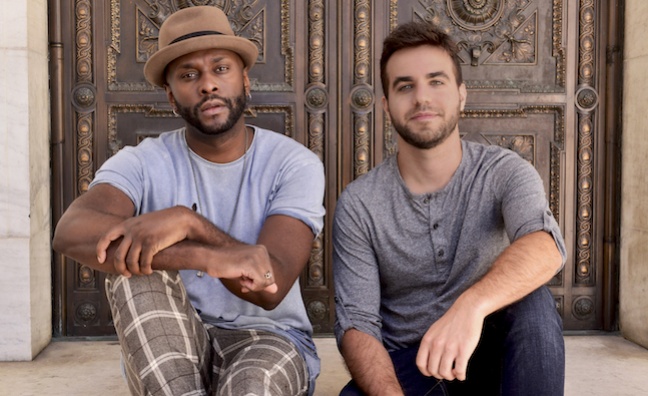 Peermusic has confirmed that it has signed musical theater composing team Douglas Lyons and Ethan Pakchar to an exclusive global publishing deal. The duo have multiple existing stage and screen projects, including Five Points with Hamilton Tony-winner Andy Blankebeuhler.

The announcement  was made by Kathy Spanberger, president, Peermusic, and Carter Armstrong, SVP, Film and Television.

An official press release stated that the deal “encompasses all future works as well as part of the duo’s catalog, including musicals Beau and Lyons’ Polkadots.”

Speaking about the deal, Kathy Spanberger said: “Musical theater has been a central part of the music publishing business since its earliest days in Tin Pan Alley, and the global audience for it has never been bigger. Douglas and Ethan are among the most talented songwriting partnerships working in musical theater today, so we’re honored to have them join Peermusic.”

“Douglas and Ethan have some incredible material for stage and screen in the works. The rise in demand for musical theater compositions that we’ve seen among our clients is remarkable, so there’s no limit to the opportunities for composers of their caliber,” said Carter Armstrong.

The press release added that Peermusic “will leverage its creative resources and global network to create new opportunities for them within the growing market for on-screen musical theater.”

In a joint statement, Douglas Lyons and Ethan Pakchar stated: “We are overjoyed to make history at peermusic as their first musical theater composers. From the moment we met Carter, Kathy, Mary Megan, Alison and the rest of the peermusic team, it was crystal clear that they shared a love for our music and a passionate belief in us. This new partnership is the perfect way to kick off  2021. We’re excited to get to work.”