"The industry sleepwalked into a digital age": Checking the pulse of the independent publishing sector 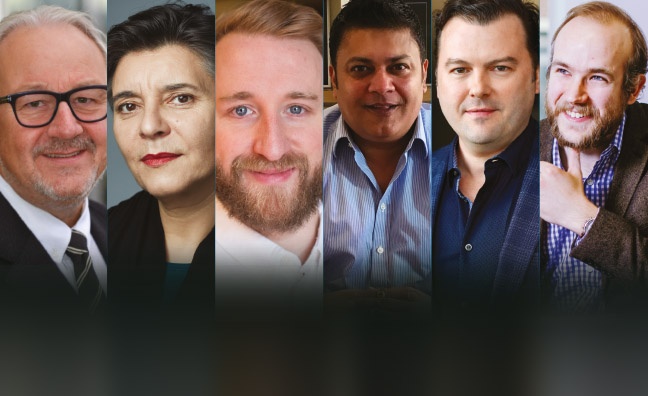 Inside, a host of key names such as Reservoir, Sentric, Spirit Music Group, Peermusic and IMPEL, as well as CC Young accountants, guide us through some of the big signings, developments and challenges in the past 12 months.

One of the key topics is the ongoing debate about remuneration for artists and songwriters in the digital space, especially in light of the rise and rise of TikTok.

“TikTok income for our songwriters has been almost non-existent over the past couple of years despite having millions of videos on the platform using our music,” said Rell Lafargue, president and COO of Reservoir – an indie publisher that boasts 130,000 copyrights and over 3,000 songwriters including Jamie Hartman, Ali Tamposi, James Fauntleroy and Young Thug.

“I have been encouraged to see them come around and recognise their need to provide more transparency, better accounting, and compensate songwriters and publishers fairly,” continued Lafargue. “In fact, a new deal was just recently announced by TikTok and the NMPA that will give us better value for our music used on the platform, so change is on the horizon. As far as value beyond royalties, there’s no denying that TikTok is a beast of a marketing tool, and there are other income-generating uses being triggered beyond the platform.”

“Clearly, it’s very difficult to gauge what publishers should have been asking from the outset, but with the benefit of hindsight and an appreciation of the way in which such services have grown, my feeling is there is definitely more money that should have been paid in the past,” offers Spirit Music Group’s president Rak Sanghvi. The indie publisher has a catalogue of over 75,000 songs (including over 200 No.1s), with alumni such as The Who’s Pete Townshend, T Rex’s Marc Bolan, Rick Nowels and Graham Nash.

“Going forward, I would like to see everyone being on the same page and understanding the value that should be given back to songwriters and publishers if only in light of the vast profits and the huge growth rates being enjoyed by these new platforms,” added Sanghvi.

Another key issue is the ongoing spiraling number of co-writers on today’s biggest hits and whether it is making it even harder for songwriters/artists to make a living.

“Certainly co-writing is more prevalent and diffuse, but technology is rising to meet that challenge so I don't see it as a big problem,” says IMPEL CEO Sarah Williams. “In fact, I think it's fantastic that collaboration is so much easier today. Creators can hit people up with an ease that was unthinkable even ten years ago, and this generates opportunities for writers that weren't there before. In the past, if you didn't have a publishing or record deal, you didn't have an income, and that's not the case anymore. That's not to say there aren't challenges, but we exist to ensure that indie publishers and writers get paid and, since we can see more and more areas into which to stretch our licensing business, I am hopeful.”

Music Week’s 2019 survey of the number of writers on the UK’s biggest hits showed that 5.34 is now the magic number needed to score one of the biggest singles of the year. More pertinently, the higher up the chart you go, the more writers you need: the Top 30 hits were written by an average of 6.7 people.

Also weighing in on the issue was Peermusic, which boasts over a quarter of a million copyrights – their current roster including huge names such as Linda Perry, Poo Bear, David Foster, Salaam Remi, Melanie Chisholm, Maxim from the Prodigy and Killbeatz. When asked if multiple songwriters/companies is cutting the profit pie too much, Nigel Elderton, president, Europe & MD, Peermusic UK, was unequivocal.

“In a word yes!” Elderton told Music Week. “The creative process has developed over the past few decades from that of a solo or co-writing partnership that regularly topped the charts into a more collaborative process often involving as many as eight writers, each of whom contributes a particular skill to the final mix. As a consequence the income generated from a hit track today can be divided up between a multitude of writers and publishers. Add to this the fairly derisory royalties that writers and publishers receive from a ‘stream’ and it is difficult to see how writers, producers, publishers and artists can sustain a living in the current climate.”

“This is a difficult and multi-faceted issue,” continued Elderton. “There is only one pie and we need to grow the size of that pie, by increasing the amount of people streaming music around the world. However, when the pie is divided up between the DSP’s profit, the labels, artists, writers and publishers there needs to be a recalibration based upon the value of the rights which are bundled together which make up that stream. The industry has sleepwalked into a digital age and frankly some sectors have applied analogue rules and thinking to the digital space. Major labels have gone on record as saying that they have never been in a better place financially. That’s not particularly surprising given that they no longer have the costs associated with the manufacture and distribution of bits of plastic. No artwork or printing costs, no costs of transporting physical stock to record stores, no warehousing etc. As such their profit margins have surged over the past decade. I am certainly not against record companies making money as we need strong, innovative labels who will help support and market new talent, however, I also believe that the share of the digital pie should be more fairly split in order to support the very people who provide the raw ingredients; the songs. While it is an overused phrase it is also very true that without the song there is no recording and in fact there is no music industry. In short, this needs looking at urgently before we lose a generation of great songwriters, composers, artists and producers.”

Not everyone agrees that the spiraling amount of co-songwriters is a problem, though. One was Simon Pursehouse, global director at Sentric, an indie publisher with a roster of songwriters including Nick Waterhouse, Kieran Shudall (Circa Waves), Don Broco and Mercury Music Prize-nominees Lanterns On The Lake.

“There’s a reason why I’m a publisher and not a songwriter and that’s due to an inherent lack of creative talent that, as much as I wish I possessed, I sadly don’t,” said Pursehouse. “If it takes one, two, five, eight, ten or more people to write an absolute beauty of a song then who am I to suggest anything otherwise? Here at Sentric, we have small cuts on some of the biggest streaming songs of the year (Joel Corry - Head & Heart) and, indeed, of all time (Drake - One Dance), but, as the old adage goes, 'I’d much rather have a little of something compared to a lot of nothing.'”

“It can work both ways,” weighs in CC Young’s Ben Marlow a firm of chartered accountants and registered auditors, with offices in London and Stockholm boasting five specialist divisions. “For an unknown publisher or songwriter there are better opportunities to get a partial writing credit on a potential hit. We work with indie publishers that have few or no recording artists on their roster, but have writers that build their profile with 5% here, 10% there, or a good 50% co-writing credit for other artists. On the other hand, it can diminish a valuable income stream for writers.”